The science behind the seedless anomaly of the citrus world 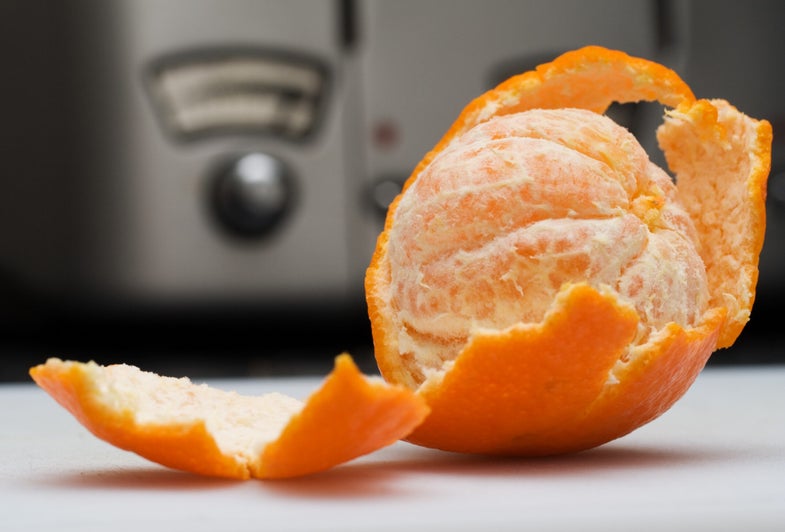 One of the few upsides of being in the dead of winter is simultaneously being at the heart of clementine season.

The snack, often packaged in small cardboard boxes or wooden crates at the grocery store is unique in that it can be completely seedless, unlike other types of tangerines. It grows mainly in Spain, California, and parts of North Africa.

The fruit’s lineage comes from a combination of a mandarin and a sweet orange. Although its direct origins can’t be exactly determined — it was most likely an accidental cross-pollination — one thing’s for sure: The small fruit has been a staple of winter lunches ever since the 1980s, when it became widely popular in the United States.

Mandarins and tangerines are two names for the same kind of easy-to-peel citrus, though mandarins have their roots in Asia while tangerines traditionally came from Europe and North Africa. A clementine is a specific type of tangerine or mandarine, characterized by its small shape and seedless interior. {Fun tidbit? Clementines for a long time couldn’t be sold in Florida because the state thought it was too small. Turns out people actually like small fruit}

Here are some fun scientific facts about the fruit oddity:

A long history of hybrids

Clementines, as they are known today, are a type of seedless tangerine named by the European marketers who began selling the fruit in the U.S. in the early 1980s to distinguish it from other Florida citrus. But apart from their defining seedless traits, there’s not a real difference between them and tangerines. And clementines aren’t the only citrus to be considered a hybrid species.

“In citrus, it’s kind of strange … most of them are hybrid,” says Malcolm Manners, who heads up the citrus bachelors degree program at Florida Southern College. “Even regular oranges are probably not a pure species.” Grapefruit, he says, is another example.

These aren’t necessarily manmade hybridizations, he says, but rather a product of easy cross-pollination. That’s most likely the case with the clementine.

How it stays seed-free

One of the clementine’s main appeals to consumers is that it’s seedless. That’s because clementines are programmed to resist inbreeding, which means it won’t produce seeds when it’s pollinated with the same type of plant to make sure it doesn’t have any offspring. This is called self-incompatibility, and the fruit has an unusually strong inclination to not allow any inbreeding whatsoever.

“The way to make them seedless is to plant nothing but clementines,” Manners says. If another citrus plant cross-pollinates with a clementine tree, the fruit will likely end up containing seeds, rendering it a seedy clementine. In fact, there was even a dispute about the effects of other citrus pollen getting too close to clementine groves. In 2006, Paramount Citrus, which produces clementines under the brand name Halos, sent letters threatening to sue beekeepers near their clementine crops, according to an Associated Press article from December of that year.

Easy to peel, easy to eat

Compared to other citrus fruits such as lemons or oranges, the clementine is less attached to its outer layer (part of its appeal, if I may). Manners says it’s a common trait among tangerines, of which clementines are a type.

And that leathery feeling your hands get while peeling? It’s just the oils that release from glands when tearing into the rind. The more oil that’s released, the more leathery your hands feel. In fact, the residue left by the oils is good for the skin, says Jude Grosser, a professor at the University of Florida who specializes in citrus. He says each type of clementine and seedless tangerine has its own distinct oil and fragrance, and some oils smell better than others.

The fruit thrives in Mediterranean-type climates with cool, wet winters, making October through February the perfect time to grow. That’s the reason it can’t do well in Florida, which has historically been the highest citrus-producing state in the country. Add to that the high volume of other citrus plants grown in the humid Florida weather with the potential to cross-pollinate with clementines, and the chances of commercially producing a seedless fruit are almost none.

Tracy Kahn, the curator of the University of California Riverside Citrus Variety Collection says California’s subtropical climate makes the state a good candidate to grow the fruit. But also, she says, Spanish growers had already captured the East Coast market, leaving the West Coast with more potential for success. Where California growers went right, she says, is in their branding. “What they did is by trademarking the names Cuties and Halos, they expanded the market,” she says, of produce companies Sun Pacific and Paramount Citrus. By creating recognizable brands, the growers could incorporate other seedless mandarins into the produce as they became marketable. This includes a modified W. Murcott mandarin, which entered the commercial market in 2011 as the Tango.

Florida scientists are working on creating a seedless citrus that can compete with the clementine. Grosser and other researchers at the University of Florida employ different methods to produce seedless tangerines that aren’t affected by cross-pollination. Grosser’s preferred method is changing the chromosome count from a diploid, which contains two matching sets of DNA, to a triploid, which would then be resistant to any diploid fruit’s pollen. The idea comes from the banana, which went seedless on its own by becoming a triploid. Scientists have successfully used this method to create seedless watermelon.

Few of the University of Florida’s seedless tangerine options have made it to commercial growth. But Grosser’s hopeful. He says one of the university’s most promising plants — meaning it hits all the criteria of seedless, bright colors and small size — was approved for distribution this week. He’s hoping Florida can produce a competitive seedless alternative that will bring some of the fresh citrus market back to Florida.

“We’re really focusing on flavor in addition to the easy-to peel seedlessness,” Grosser said. We think [growers] can put it out based on flavor.”

{Not sure if this is a good kicker– can keep brainstorming}