How to read race car flags like a pro

If you're going to the race track anytime soon, you'll need to brush up on your driver safety flags. Here are all nine of them and what they mean. 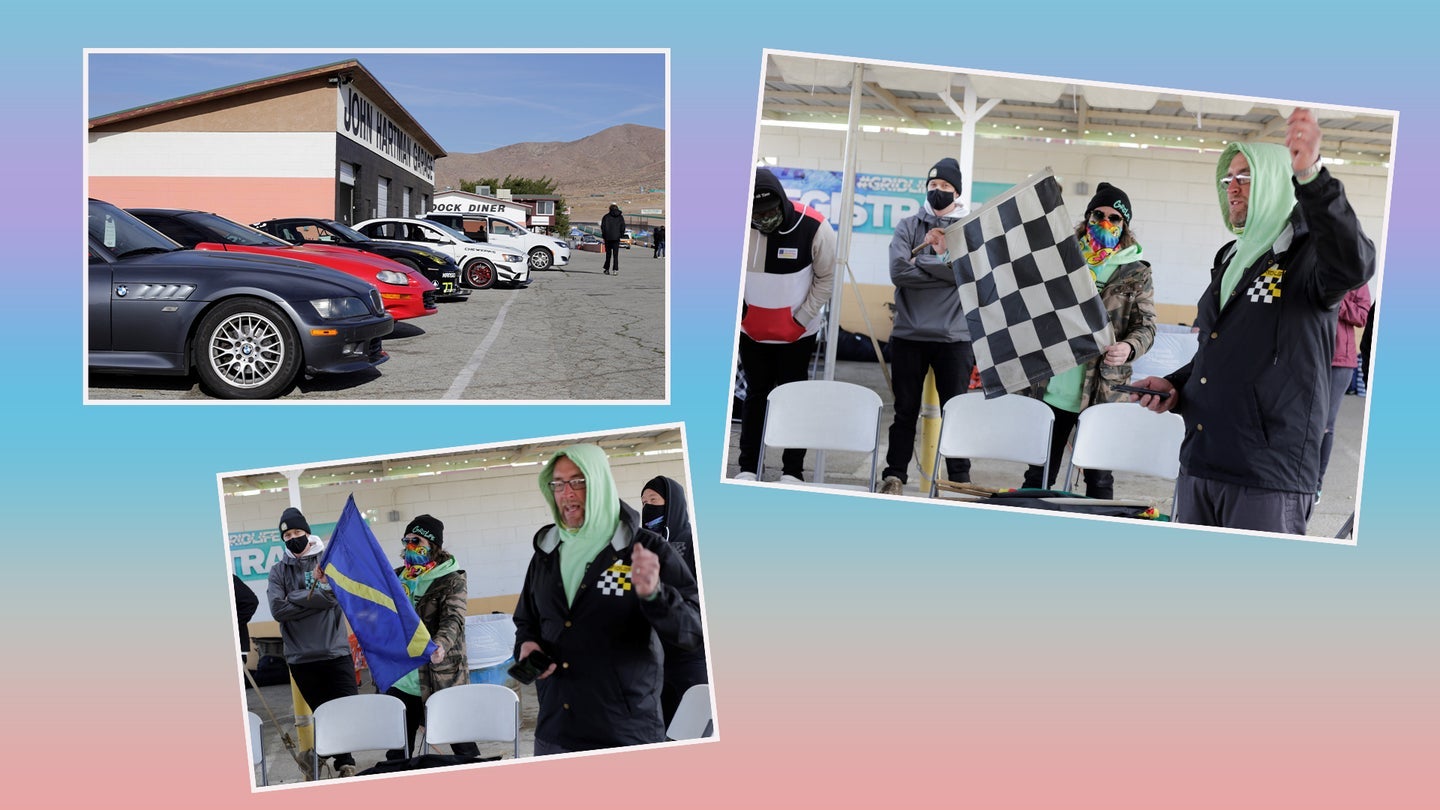 No matter how many years you've been in the field, you'll always get a refresher on flags during a drivers meeting. Peter Nelson/Car Bibles
SHARE

Everyone is familiar with what a checkered flag means. It’s the end of the race, great job, you survived. If you’re the first one to see it, congrats, you won! It’s a universal symbol of motorsports, but what about the other flags? There are eight different types that are universally applicable to any kind of track driving, from a modest track day to the highest levels of professional racing.

Going over track flags and what they mean is an activity that always happens during the drivers meeting, before anybody gets out on track. This is to make sure everyone’s on the same page and drive home the importance of what the flags mean. They alert drivers to any potential hazards, as well as make sessions run smoother and on time, and without them, driving on a track would be much more dangerous and much less organized.

Corner workers (also known as flaggers) wave flags on track as a way of communicating with drivers. A good general rule of thumb is to look for each corner worker station and wave to them on your first lap around the track. This helps solidify their presence and location in your mind while ripping around track. Someone could have a very, very bad day if they overlook a flag. Even though these flags are discussed at each event, it’s a great idea to learn them ahead of time, or refresh what you already know, so that their their meanings are cemented, second nature while ripping laps.

Let’s discuss their importance at a typical track day.

There are a total of nine flags that workers could potentially wave on track. You’ll see most of them when racing, but not always. It all depends on what’s happening.

You’re good to go, have fun!

You are now entering your final lap.

You must come into the hot pit. Either you did something wrong, you might’ve messed up and sent your car off track (therefore requiring a stern talking to, and quick inspection of the car), or everyone needs to come in so emergency vehicles can head out and safely remedy a situation (such as tow a broken car out).

That’s a wrap! Run a cooldown lap and head into the pits. It’s courteous to go fast enough so the next session can head out as soon as possible, but still take it a little easy so your car can cool off.

There’s a hazard on track. Slow down, don’t pass other cars, and keep an eye out for something potentially dangerous. A yellow flag will go one of two ways:

There’s something up with your car, so you need to go into the hot pit to inspect and remedy the issue.

Let the person or persons behind you pass, you’re holding them up. Depending on the experience level of the run group, this might mean moving out a faster car’s, or cars’ way, or giving one point-by per vehicle that’s looking to pass you. The faster vehicle always goes off-line to pass, too.

There’s an emergency on track. When you see the red flag, you need to slow down to a stop, preferably off line, on the side of the track, and preferably near a corner worker/flag station. Then, wait for further instructions.

There’s something on the track surface making it slippery or dangerous. This could be a GoPro, dropped/spilled coolant, a wheel, an oil spill, or any other potentially dangerous situation. Slow down, stay in your position, and await further instructions.

There’s more to it

It’s common for corner workers to combine flags, especially the Yellow and Black flags. This would indicate to not only watch out and be careful, but to also head into the pits. The primary flagging station is the start/finish line. That’s where the white, green, and chequered flags are on display, in addition to the others. They also might wave the yellow and debris flag to emphasize that there’s something nasty up ahead.

Check out what happened to me at a GridLife track event at Willow Springs International Raceway a few months back:

Soon after I pointed a Honda S2000 by on the front straight, the Start/Finish line started waving a black flag. My thought process: “Are they black-flagging that S2000 for some reason? But they’re still waving it, it might apply to me, too.”

The S2000 driver proceeded to slow down a tad but still maintained a quick pace. Then, at the following flagging station, the corner worker waved the black and the yellow flag. Like I explained above: Something was up, so I needed to slow down, watch out, and come into the hot pit at the end of the lap.

Sure enough, a Mustang went off track and narrowly escaped flipping over. He was stuck and needed to be towed out. This required a tow truck, so they brought every other car in to ensure this could happen as safely as possible.

Occasionally a situation like this might bring about a double yellow flag, or even a single, local yellow flag. However, it’s much more common at everyday track events to just fly the black flag and keep all parties as safe as possible.

Keep these tips in mind when you’re at your next local track day and stay safe out there.