Jim DeBoer has carving John Deere equipment for 80 years, but his productivity has rocketed since retirement. 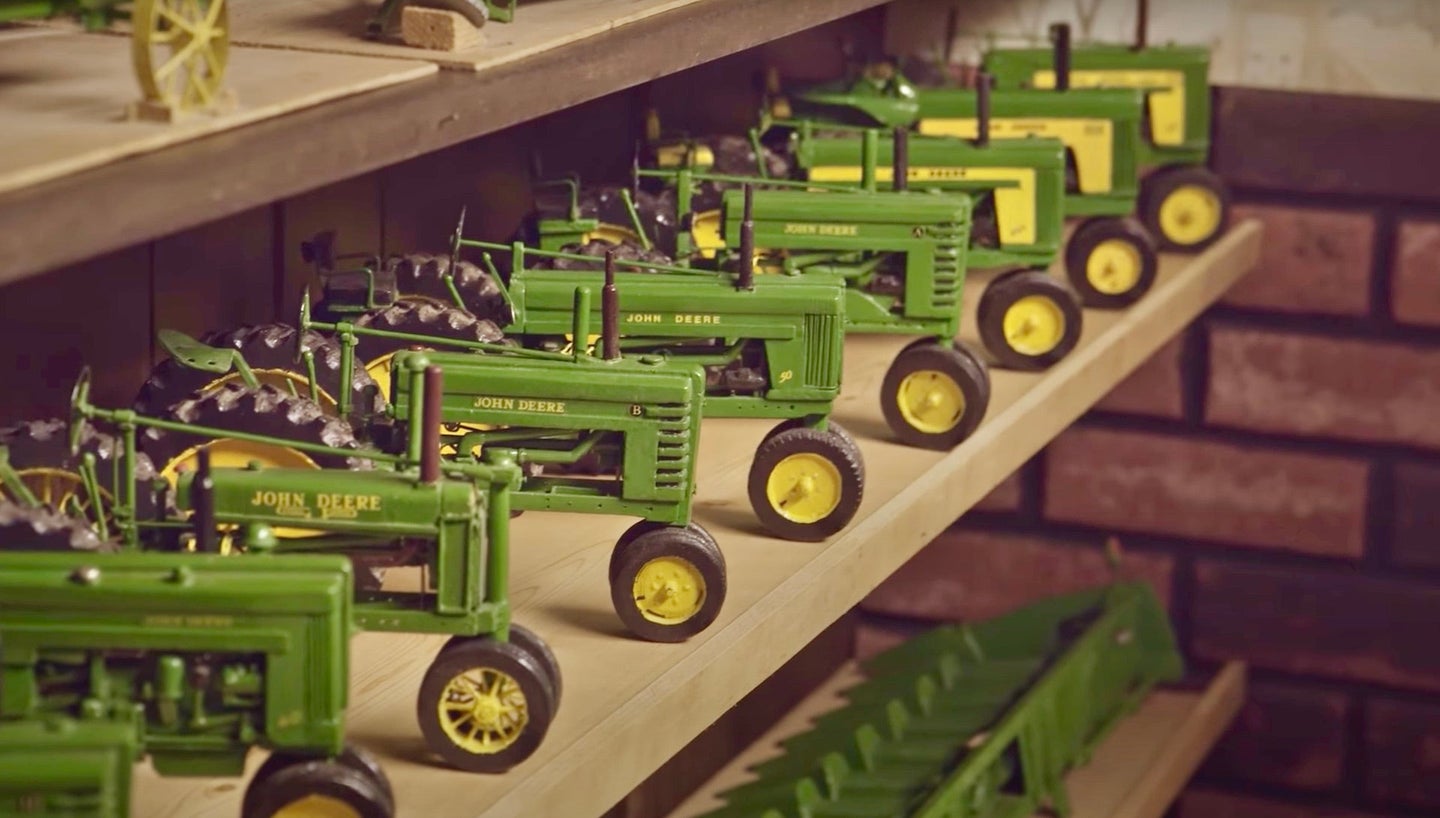 Everybody has their own preferred way of passing time. Some people enjoy painting, others cooking, and others love crocheting motorcycles and stuff. However, one of the more popular pursuits recently—given lockdowns and all—has been wood carving. That’s the hobby of choice for Jim DeBoer of Orange City, Iowa, who has been carving stuff since before it was cool, and his decades of craftsmanship shine bright in his expertly-built John Deere equipment replicas.

They say necessity is the mother of innovation, and that holds true in this story. Before the now 92-year-old DeBoer ventured into replicas, his creations actually doubled as his toys when he began carving them at 12 years old. Growing up on a farm, he didn’t have many toys of his own so he decided to build them.

One of the first wooden replicas DeBoer ever built was of a spreader—that’s a piece of farm equipment that spreads seed, fertilizer, or other materials. After building a functional pull-behind model, he had to have a tractor with a motor to pull it, so he built that too.

As DeBoer became more proficient, his models became increasingly more complex. Something that he loves to do is shock people with the craftsmanship he puts into his work. And above all, he does this by adding as many moving parts as possible.

A prime example is a John Deere spreader with blades that moved with the wheels. As if that mechanical link made of wood wasn’t cool enough, he took it a step further and designed components to be disengaged individually with the flip of a switch.

It’s the forage harvesters that have the most moving parts, though. DeBoer said that he was even tempted to quit a few times because of how complicated they were to build. A quick demonstration shows just how much work he put into these, as they can even load and unload interchangeable headers using a maneuverable system he built into the model.

The process of designing one of these models begins on ordinary pen and paper. Jim sketches out a scale example of what he wants to build and then walks over to his pile of scrap wood to get started. His main tools? A coping saw, wood file, and lots of sandpaper. Depending on the model, Jim might also use nails, wire, and tin in the construction, and his door hinges are often made from ordinary paper.

In 2019, DeBoer said that he had built 29 tractors (each takes between 80 and 100 hours to complete), seven combines, five corn pickers, four harvesters, three bailers, two field cultivators, and countless trailers. He also has a Peterbilt truck and forage harvester, which took around 250 hours each to complete.

DeBoer finds it hard to pick a favorite, but the one that really pulls his heartstrings is the scale 4020 cabbed tractor—which resembles the last full-sized piece of machinery he owned.

Head over to The Drive to see more photos of DeBoer’s process and finished products.