Nevada Is the First State to Pass Driverless Car Legislation, Paving the Way for Autonomous Autos

About a month ago, we reported that Nevada (with a healthy dose of lobbying by Google) was considering legislation that... 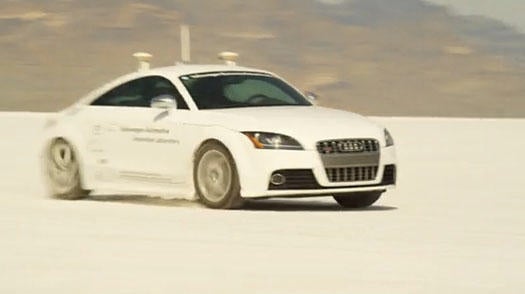 About a month ago, we reported that Nevada (with a healthy dose of lobbying by Google) was considering legislation that would effectively legalize self-driving cars in that state. Today, Assembly Bill No. 511 passed, granting the Department of Transportation the authorization to draft a set of regulations and rules governing autonomous cars. Pop goes the champagne in Mountain View.

But don’t christen the age of driverless cars just yet. The legislation charges the Nevada DOT with creating the legal framework that will determine things like performance standards and licensing requirements, as well as designating certain areas within the state where autonomous cars might be tested (will you soon see signs around Nevada warning that you are entering a “driverless car zone?”).

But that regulatory framework could be a long time in the making. Which is fine, because while Google has already logged hundreds of thousands of miles on its autonomous fleet that we know of, the cars are not by any means ready to be released on the larger world commercially. This is a technological revolution that’s going to move forward with baby steps. But as baby steps go, this is a pretty big one.

Read the entire draft of the measure here.