The car rounds out the company's electrification plan 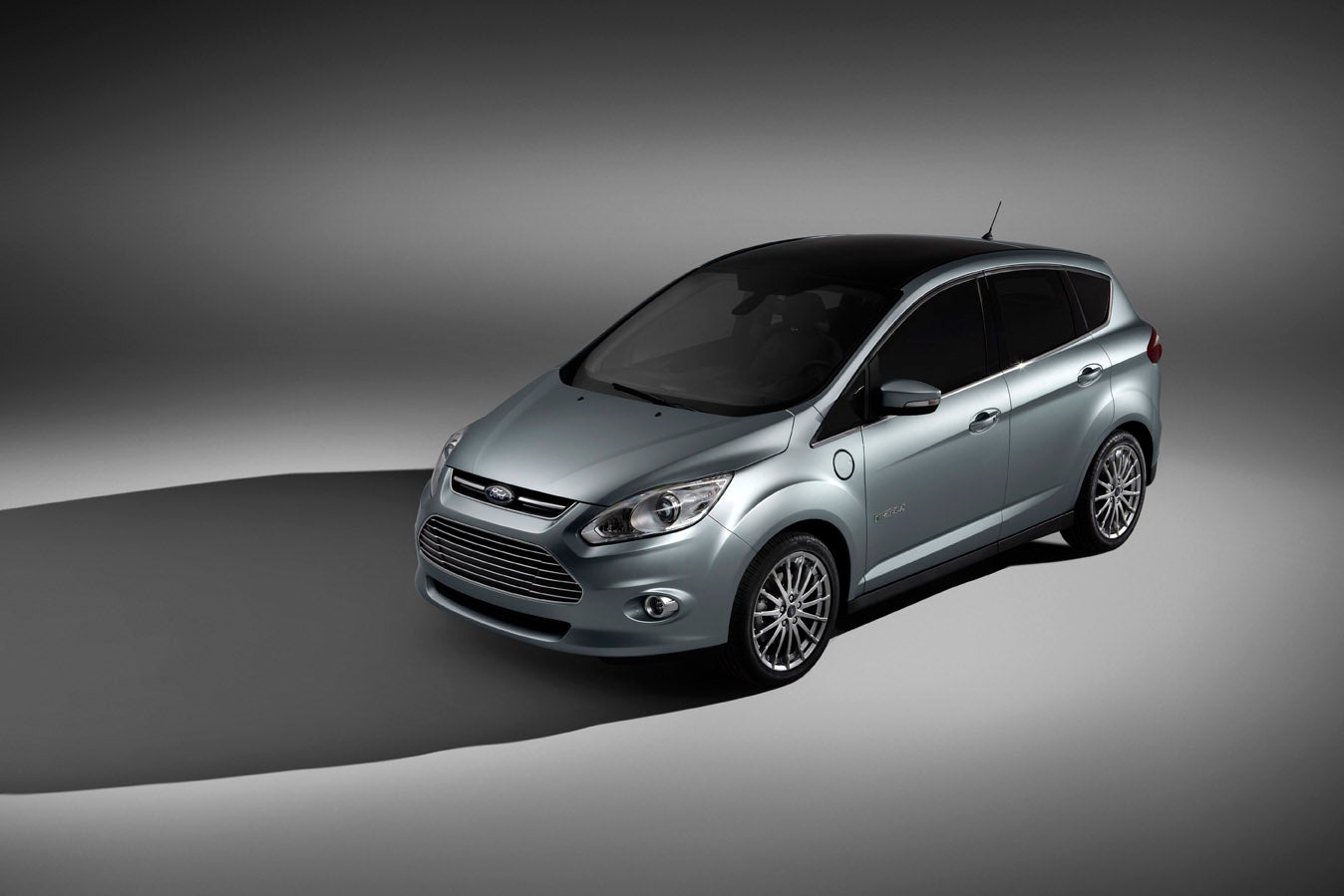 Ford has been talking for months about its plan to bring five electrified vehicles to market by 2013. The last remaining mystery about that lineup — a plug-in hybrid whose name, shape, or size were long unknown — was solved this morning, when Ford revealed its C-MAX Energi, a five-passenger plug-in that pairs a lithium-ion battery with an Atkinson cycle engine for a total range of 500 miles.

After a quick video in which Ed Begley, Jr. talked smack on the Nissan Leaf and revealed himself to be Ford’s new Official Eco-Celebrity, a confetti shower of little paper butterflies rained down on the crowd in Cobo Arena and Ford’s full electric lineup rolled onto the stage. Among them was the attractive Focus Electric, which was unveiled last week at CES and which goes on sale at the end of the year.

But the news came in the form of the 2013 C-MAX Energi, set for release in the U.S. in 2012, along its less-electrified sibling, the C-MAX hybrid. (By the way, Ford says the C-MAX Hybrid — the one without a plug — should beat the Ford Fusion hybrid’s excellent 41 mpg.) That Ford’s mystery plug-in turned out to be a C-MAX was a bit of a twist; plenty of industry observers long expected a plug-in variant on the Explorer. And after digging through the press releases we realize there’s still a lot that we don’t know about this car. How big is the battery? How far can it travel in electric mode before the gas engine fires up? Will the gas engine kick in to assist the electric motor during that initial battery-powered period, or will it behave more like the Chevy Volt, whose gas engine never turns on until the battery is 65 percent depleted? We’ll do our best to wring some answers to those and other questions out of Ford execs as the show continues.