At the Paris Auto Show, Supercars and Stylish Concepts

In 1898 the world’s first auto show was held in Paris at the Tuilleries Gardens. Only a few vehicles were … Continued 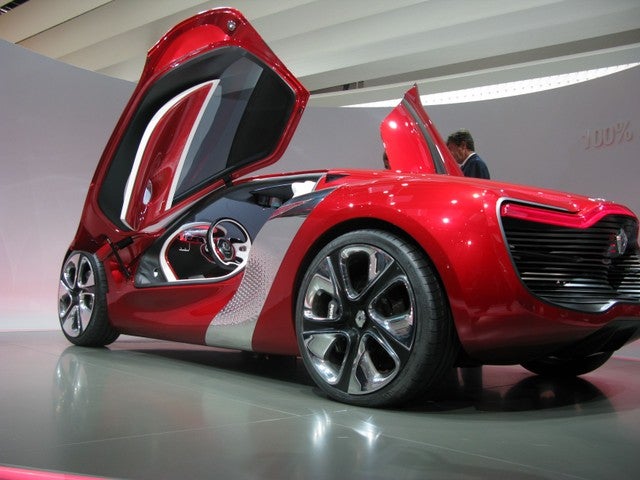 Heads will turn with Renault's latest concept coupe, the DeZir. With gullwing doors, a smooth red-and-white color scheme and an electric motor that drives the rear wheels, the DeZir is said to be the vision of the future for the French automaker. Jon Alain Guzik
SHARE

In 1898 the world’s first auto show was held in Paris at the Tuilleries Gardens. Only a few vehicles were on display, and people were so skeptical of this new mode of transportation — Le Car — that exhibitors had to drive their automobiles from Versailles to Paris to prove their validity.

Click here to launch the gallery
More than a century later, the 2010 Paris Auto Show is home to over 100 world premieres. Alternating years with Frankfurt Auto Show, Paris has become the platform for unveiling supercars and especially this year, electric vehicles. This year’s line up includes vehicles from Ford, Jaguar, Peugeot, Land Rover, Citroen, Mercedes, Nissan, BMW, Fiat, Audi, Mini, Lotus, and Fisker Automotive. With the auto industry emerging from a few years of serious adversity, it’s good to see a Paris show so fresh, stylish and future-leaning.