Starting this week, Mercedes buyers can sign up for a service that'll connect their cars with their smartphones. And a load of new apps could be on the way 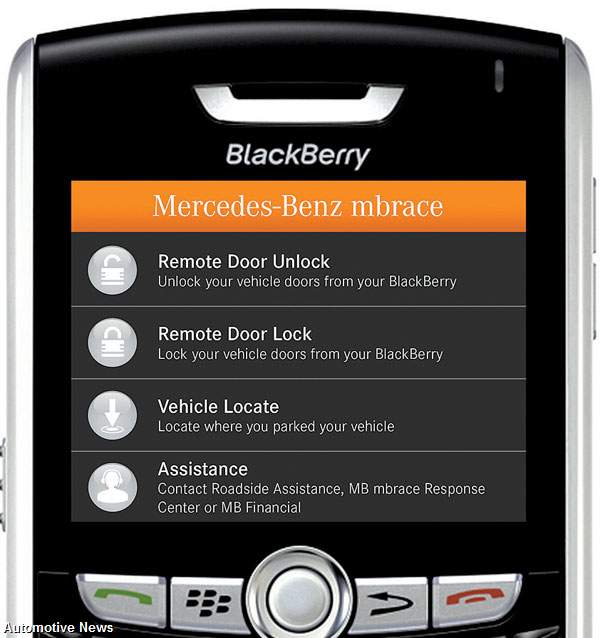 Mercedes-Benz and partner Hughes Telematics hope buyers will embrace a new in-car telematics system tied to smartphone apps. The system, branded “mbrace,” will let drivers use their iPhones or BlackBerry devices to lock and unlock car doors, locate their vehicles on a map, and contact roadside assistance. Mercedes is the first carmaker to offer the service, which was developed by Atlanta-based Hughes.

Hughes developed the software platform for flexibility, allowing Mercedes to add new applications as they are developed. Hughes has demonstrated additional systems that can deliver other types of digital media to vehicles, including web-based music and video content and PC connectivity. No word on whether Mercedes plans to incorporate such services into the mbrace system, which costs $280 a year.

Hughes had been scheduled to include the system in 2010 Chrysler vehicles, but the deal dissolved during Chrysler’s recent bankrupcy.