The famed manufacturer squeezes more horses into its slimmed-down motorcycle 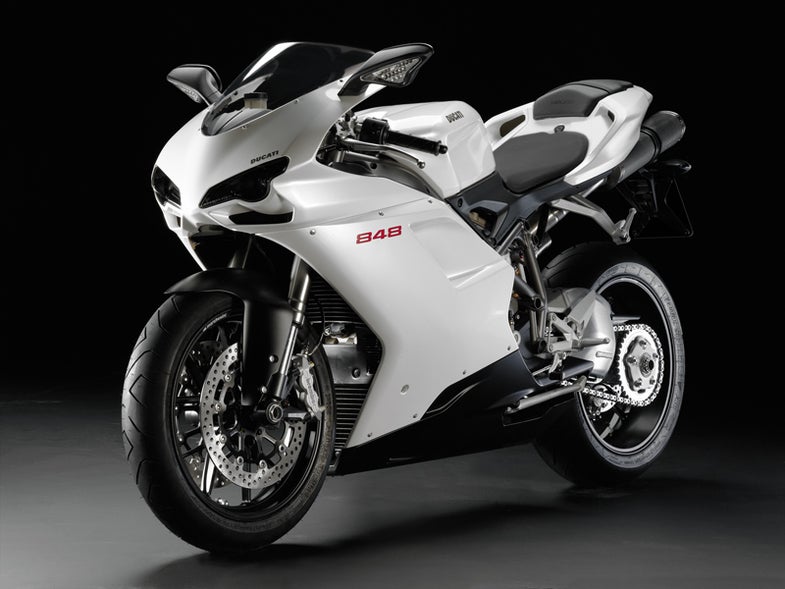 Ducati upped the ante, unleashing a bike with an 849cc engine that weighs no more than competitors in the 600cc range. In fact, the Superbike 848 weighs 44 pounds less than its 749cc predecessor. To shed pounds, Ducati uses vacural molding, a fabrication process that inhales molten alloy directly into die casts to create a seamless piece of aluminum. This eliminates the need to fasten multiple pieces with welds and bolts that weaken a structure and add weight.

The single-sided aluminum swing arm (Ducati’s signature rear-wheel suspension) is made of multiple components. But the company reinforced the joints to make it stiffer than previous swing arms, so it finally matches the feel of a traditional double-sided suspension. 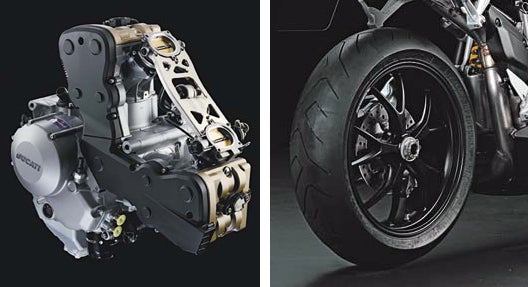