But no word on when they might go on sale 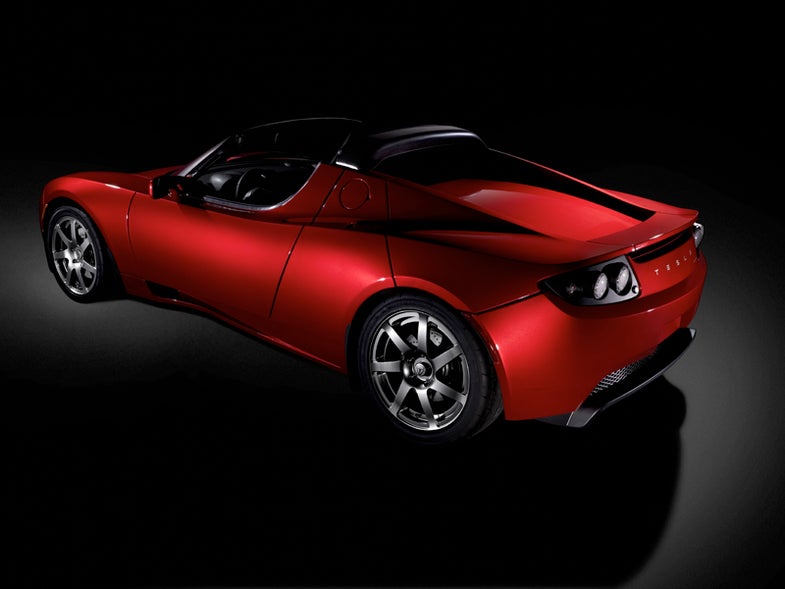 Today the Tesla Motor Company announced that they had begun regular production of the Roadster, the all-electric supercar that does zero-to-60 in less than four seconds.

Good news. Yet the announcement was light on other important details—like when the car would go on sale, how many the company is producing (and how often a new car rolls off the line), and how many they plan to deliver this year. One thing CEO Ze’ev Drori did say: They plan to ramp production up to over 100 Roadsters per month by early 2009. Not enough to make much of a dent in total U.S. oil consumption, for sure, but perhaps enough to push battery technology forward to the point where a mass-market plug-in hybrid like the Chevy Volt becomes a reality. Here’s hoping.