Seventy-five years after Charles Lindbergh shrank the globe by flying his single-engine Spirit of St. Louis across the Atlantic, another Lindbergh has piloted a small single-engine craft from New York to Paris.

Erik Lindbergh, the 36-year-old grandson of the legendary “Lone Eagle,” took
off at about 12:16 p.m. Eastern time from Farmingdale, Long Island, on
Wednesday May 1, slightly east of the Roosevelt Field shopping mall that now
stands where his 25-year-old grandfather departed on May 20, 1927. Erik
Lindbergh arrived at the same Le Bourget airfield near Paris where a
throng of 100,000 people greeted his grandfather. While Charles´ flight took
about 33 hours, Erik´s took about 17 hours. He touched down at 11:30 local time on Thursday, May 2.

“This is about celebrating, not recreating, my grandfather´s flight,” Erik
said, before the flight. Erik´s state-of-the-art New Spirit of St. Louis is made of a glass and
carbon composite and cost
$289,000. It cruises at an average of 184 mph, compared with the 108 mph of
the original
Spirit of St. Louis, built of wood, fabric, and welded steel tubing for
$10,58. Erik had a Global Positioning System device for location. Charles had
no radio and only two compasses for navigation; at one point, he spotted
several small fishing boats and tried to shout at them for directions. Yet
when he reached the coast of Ireland, he was less than 3 miles off course

Erik also made the flight to support the X Prize, a $10 million award
designed to “do for space travel what Charles Lindbergh´s flight did for
aviation.” The X Prize will be awarded to the first team that builds and
flies a three-person vehicle to an altitude of 62 miles twice within a
two-week period. The contest aims to spur the private sector to develop space
tourism.

“Before my grandfather, anyone who boarded a plane was called a flying fool.
Afterward, they called them passengers,” said Erik, a trustee of the X Prize
Foundation. The $10 million prize is modeled after the $25,000 award that
Charles earned for his 3,600-mile flight. Twenty-one entrants are now
building craft to attempt to claim the $10 million.

Erik, who suffers from rheumatoid arthritis, also represents the Arthritis
Foundation. “Five years ago, I could barely walk,” he said. The biotech drug
Enbril and two knee replacements “helped me get my life back. “So although
his flight was shorter, it held special challenges. A stretching regimen
helped lubricate his joints, and a specialized chair from Oregon Arrow kept
him comfortable.

Erik rehearsed survival strategies should his plane, a Lancair Columbia 300, crash in the water.
“But I don´t plan on getting my feet wet,” he said.

What would Erik like to do afterward? “Go to outer space with the winner of
the X Prize,” he said. 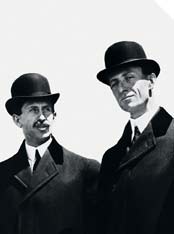 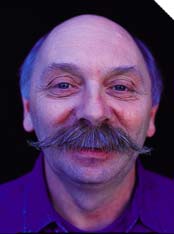 Master mechanic Greg Cone wishes he’d lived a century ago, when the workmanship on a 4-cylinder engine was masterful.
Vehicles