How to build a DIY replica of Galileo’s telescope 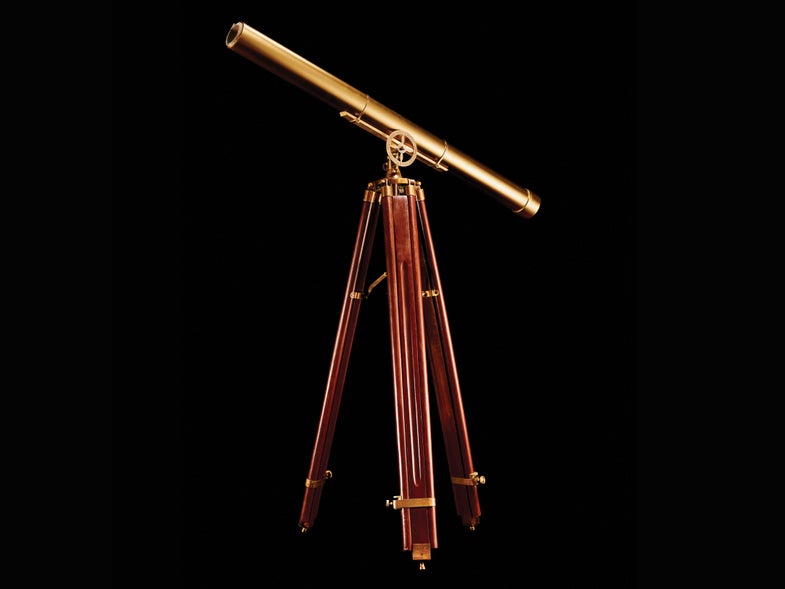 With a coat of gold spray paint and a fancy tripod, you won't even notice that this DIY telescope is made of a PVC pipe and cheap glass lenses. Photograph by Ted Cavanaugh
SHARE

Galileo Galilei was a ground-breaking astronomer who discovered, among other things, several of Jupiter’s moons. To explore the skies, he relied on a telescopes that magnified objects with simple glass lenses. Although they were incredibly advanced at the time, modern telescopes have long since surpassed them. In fact, his instruments were simple enough for an amateur astronomer to build with a PVC pipe and two inexpensive glass lenses.

This article was originally published in the January/February 2017 issue of Popular Science, under the title “Stargaze Like Galileo.”