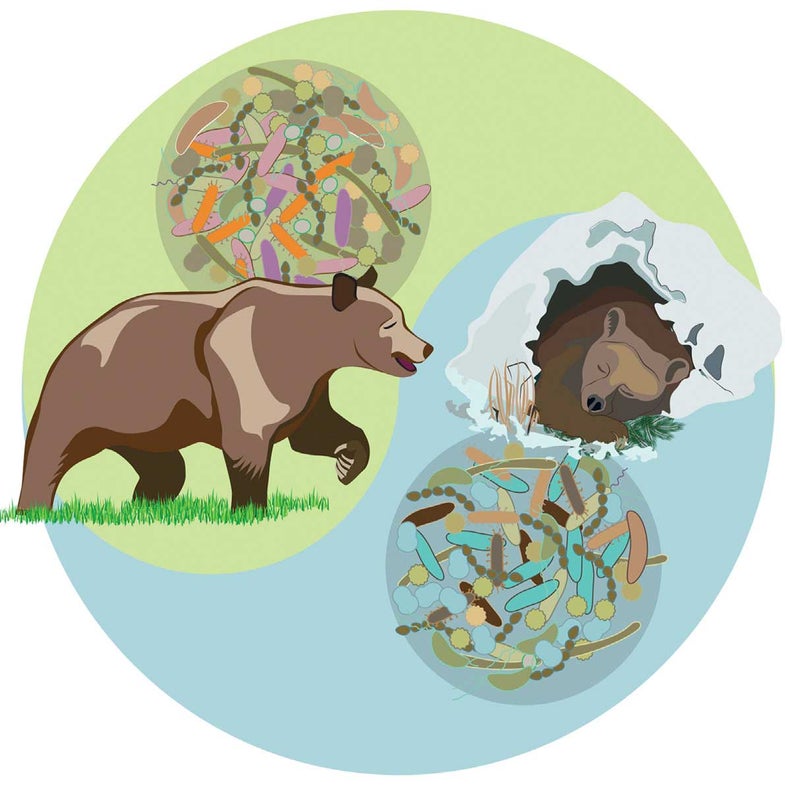 You’ve probably learned that bears gorge themselves before hibernating, packing on the pounds rather suddenly. It’s an enviable practice, mostly because those indulgent bears don’t seem to contract the same health problems an obese human would. A study published this week in Cell Reports has found that it might be due to the bear’s friendly gut microbes.

In the summer, brown bears go through an extreme period of eating, which is then followed by about six months of fasting during winter hibernation. To compare the microbiomes of both seasons, the researchers collected fecal samples from 16 wild Eurasian brown bears during hibernation and in the summer time. 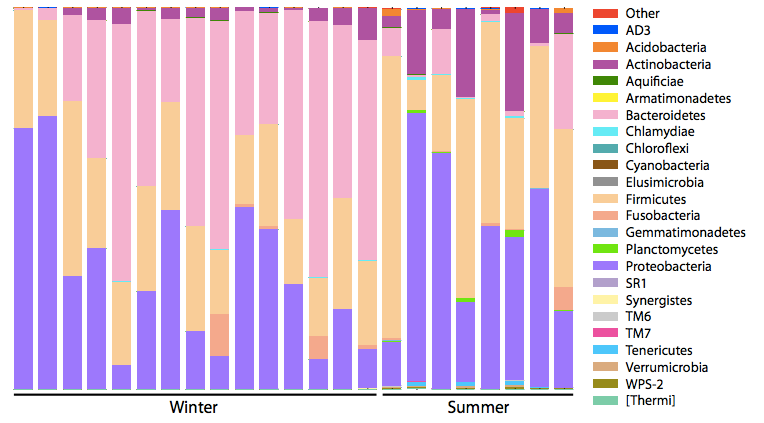 What a difference a season makes

After studying the fecal samples of active and hibernating bears, scientists have found less diversity in winter bear gut biota.

What they found is that as the bear’s lifestyle changes dramatically with seasons, so too does it’s internal flora and fauna. During hibernation, the microbiota became less diverse than the summer samples, with much more Bacteroidetes.

To find out how that might affect metabolism, the researchers transferred the microbes from the winter and the summer into lab mice. Mice with the summer microbes gained more weight and fat than the mice with the winter microbes. However, those chubbier summer mice did not experience any difference in their glucose metabolism when compared with the winter mice. “Thus, the brown bear may constitute a model for healthy obesity and studying hibernation might be a promising approach to develop novel therapies for obesity,” the authors write.

However, there’s still more research needed before we humans might reap any benefits from bear gut microbes. The researchers note that relying on free-ranging wild bears means they know little about their food intake and other habits. And though they were able to produce interesting metabolic results in mice, mice are physiologically quite different from humans. And other recent research suggests that exposure to cold can also change the composition of gut bacteria, improving glucose metabolism and fat burning abilities in mice.