A Web-2.0 approach to training 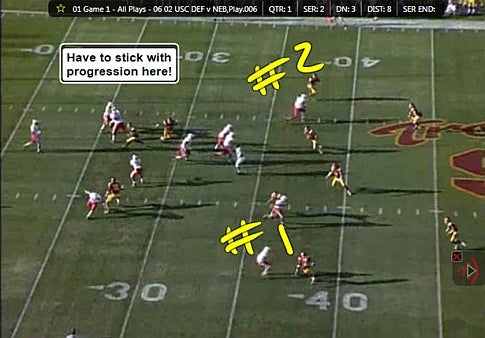 What Facebook is to the original AOL Instant Messenger, Huddle is to football players analyzing game footage in the video room. Developed by a team of Nebraska Cornhuskers, and praised by the likes of Bill Gates, Huddle is a web-based scouting, coaching, and social tool for football teams.

How good is the system? Good enough that the New York Jets signed an exclusive contract with the company that prohibits any other team in the AFC East from signing up to use it this year. The software passed an unexpected test when Brett Favre was traded to the Jets right before training camp and needed a crash course in the Jets offense. The team credited Huddle with getting the legend up to date. The Cornhuskers, and a handful of high school teams, are also using the system.

At the heart of Huddle is the ability to watch game footage from the comfort of one’s couch. Teams capture and log their video using their standard methods; Huddle seamlessly, and immediately, offers the video on its shared site. Just like the Blackberry freed the businessman from the cube, Huddle lets players leave the video room. Coaches can log into their accounts and tag video with telestrations, voice, and text. They can then send those clips to players for their review or even create tests, to check just how well a player knows the playbook or realizes his in-game mistakes. Diagrams can be created using Xbox-like technology and then linked to video examples.

Outside of the video functionality, the system works like a home page for a company, or a college class, mixed with just enough MySpace to keep players engaged. Hobbies and interests can be listed while photographs and live scores or news from around the country stream across the bottom on a ticker. A calendar can be accessed by coaches and staff to keep players on task and informed. Coaches can even track how often a player is logged on, which adds a Big-Brother-esque element to the package. Maybe that video room wasn’t such a bad thing after all.