Bourbon County beer is back with a new pasteurization process 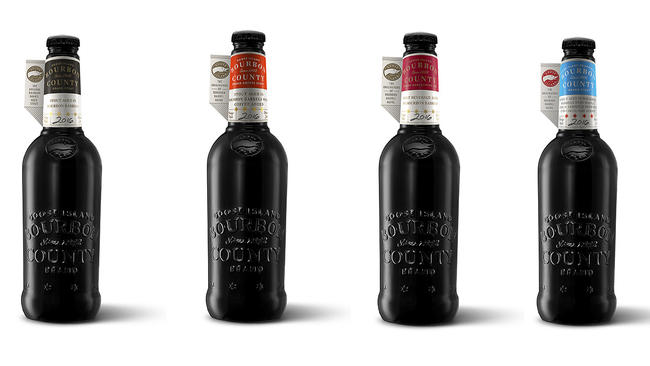 It’s Black Friday, so you know what that means. No, not overhyped shopping deals. Well, yes. But also, true to Black Friday tradition, Goose Island is about to release the 2016 varieties of its lusciously dark Bourbon County Stout.

Yes, there is a reason you’re reading about this in a science publication. Four of the six 2015 varieties of the specially crafted, labor-intensive beer were soured by a strange bacteria that made the flavors inconsistent. To make sure that doesn’t happen again, Goose Island is trying out a new pasteurization system.

Just like with milk, pasteurization kills off the microbes in beer. It also stops the growth of the yeast that produce the beer’s lovely alcohol. The company’s new process involves flash pasteurization. This means heating the beer up to very high temperatures for very short periods of time. This process also helps limit the heat’s ability to degrade the molecules in the beer that give it flavor. Jared Jankoski, Goose Island’s head brewmaster, says it will ensure consistency.

Jankoski and his taste testers couldn’t taste a difference between this year’s batch compared to previous (uncontaminated) years. “It’s the only test that you want to fail,” he says, “because you don’t want to be able to taste the difference.”

For what it’s worth, your local Popular Science editor also could not taste any decrease in quality in the four 2016 batches. All four varieties, aged in whiskey barrels, were sweet, chocolatey, smoky, and delicious. As for consistency we can’t say…scientifically speaking, we might have to drink a lot more just to be sure.