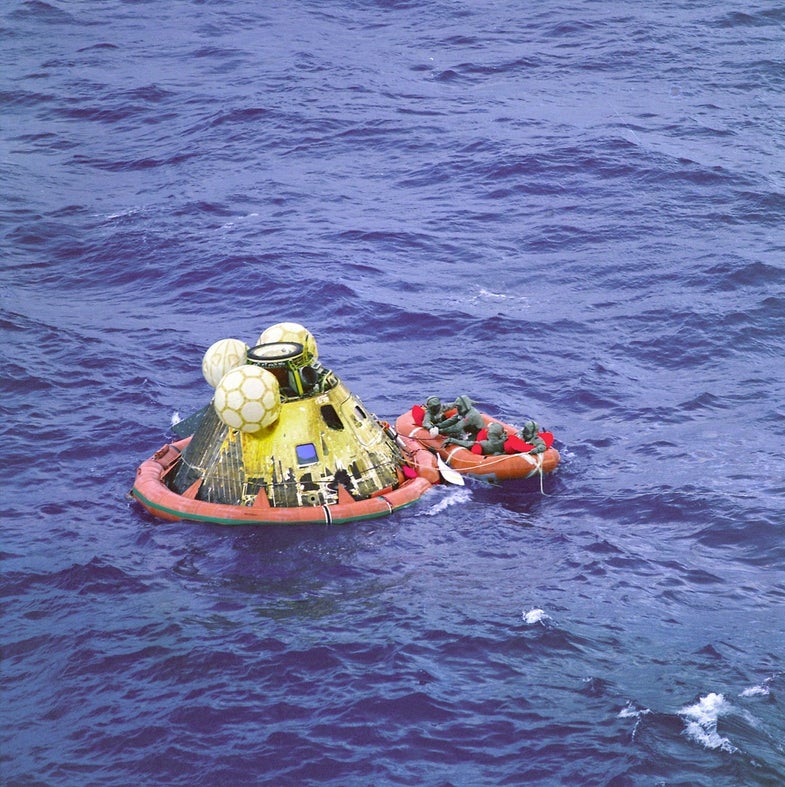 Apollo 11, the first successful lunar landing mission, splashed down on July 24, 1969. The world celebrated the mission’s end, but the crew didn’t exactly get to go party hopping or attend the celebrations in the streets that erupted around the country. Immediately after splashdown, Neil Armstrong, Buzz Aldrin, and Mike Collins were quarantined, separated from the world until August 3. No one knew whether or not they had picked up some kind of space sickness and NASA wasn’t taking any chances. The astronauts were in quarantine when they met with President Nixon, when they were reunited with their wives, and even when they attended mission debriefings. They were in quarantine longer than some of their experiments ran on the Moon. The passive seismic experiment they left on the surface as part of their EASEP package was turned off on July 30 and the astronauts weren’t released until August 3. The ticker-tape parade through New York City honouring the first men on the Moon didn’t take place until August 13, almost a month after the mission launched. This gallery offers a glimpse into the final, not-so-glamorous quarantine phase of Apollo 11’s mission to the Moon.

_Sources: NASA; Apollo by the Numbers by Orloff. _ 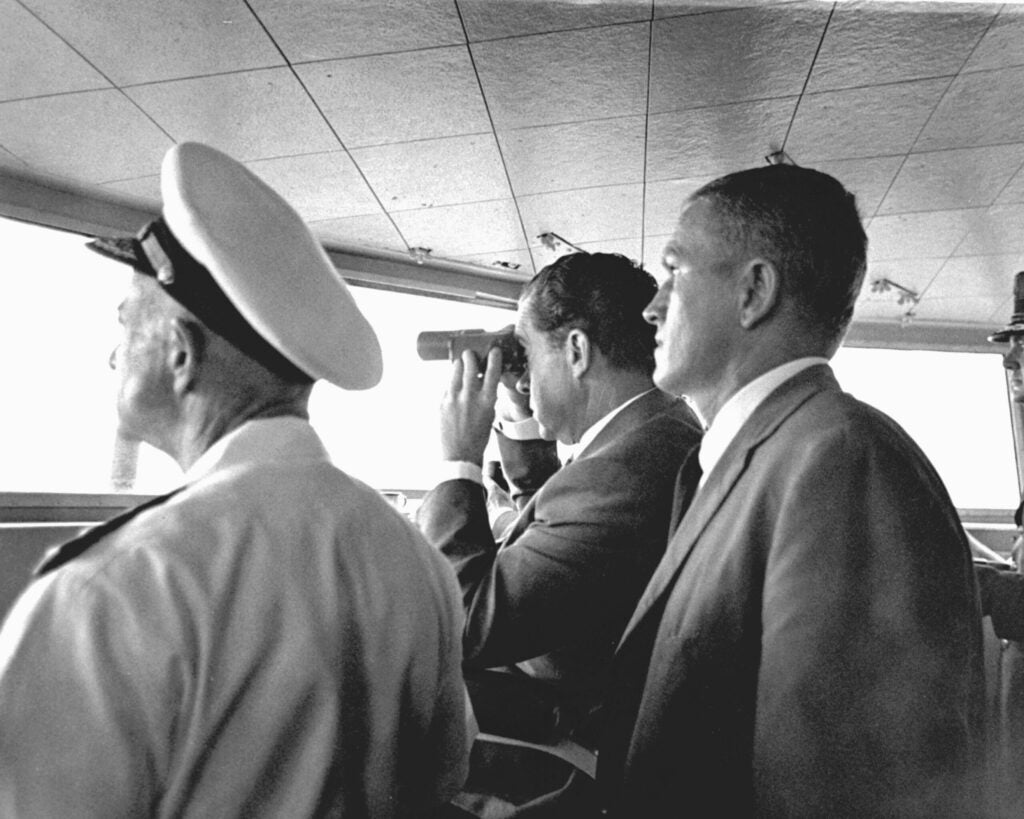 U.S. President Richard Milhous Nixon, holding binoculars, stands on board the U.S.S. Hornet aircraft carrier to watch Apollo 11’s splashdown and recovery. On the right, slightly behind the president, is astronaut Frank Borman, the commander of Apollo 8. 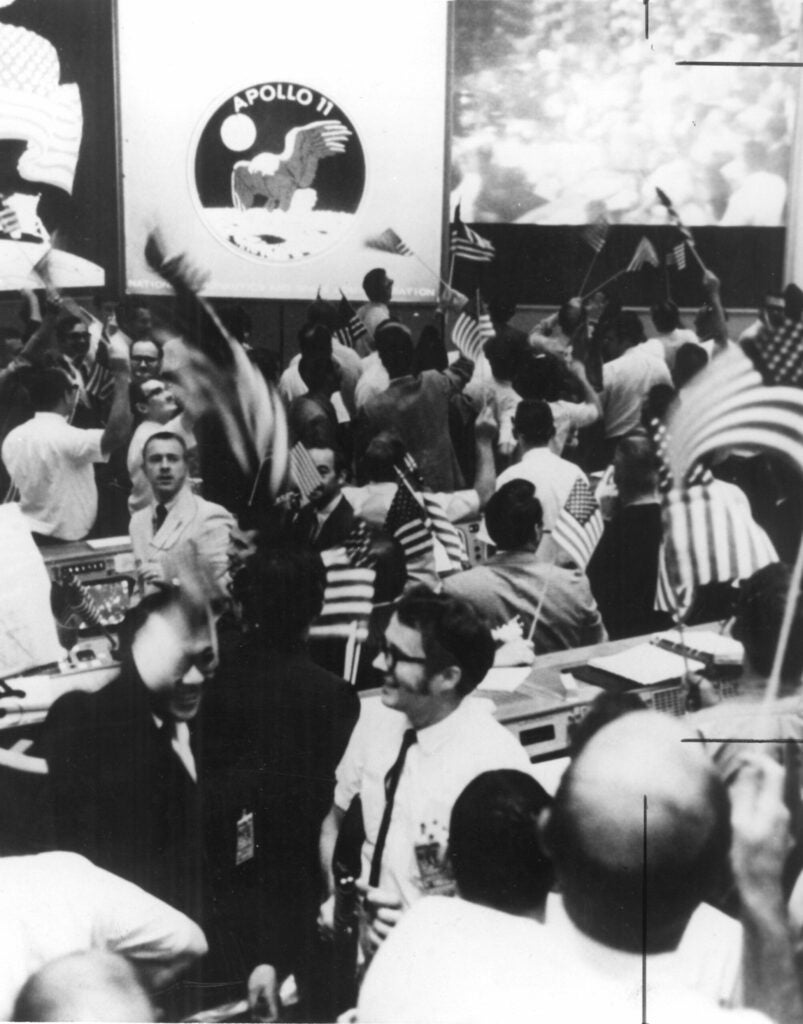 The scene in Mission Control after Apollo 11’s splashdown. 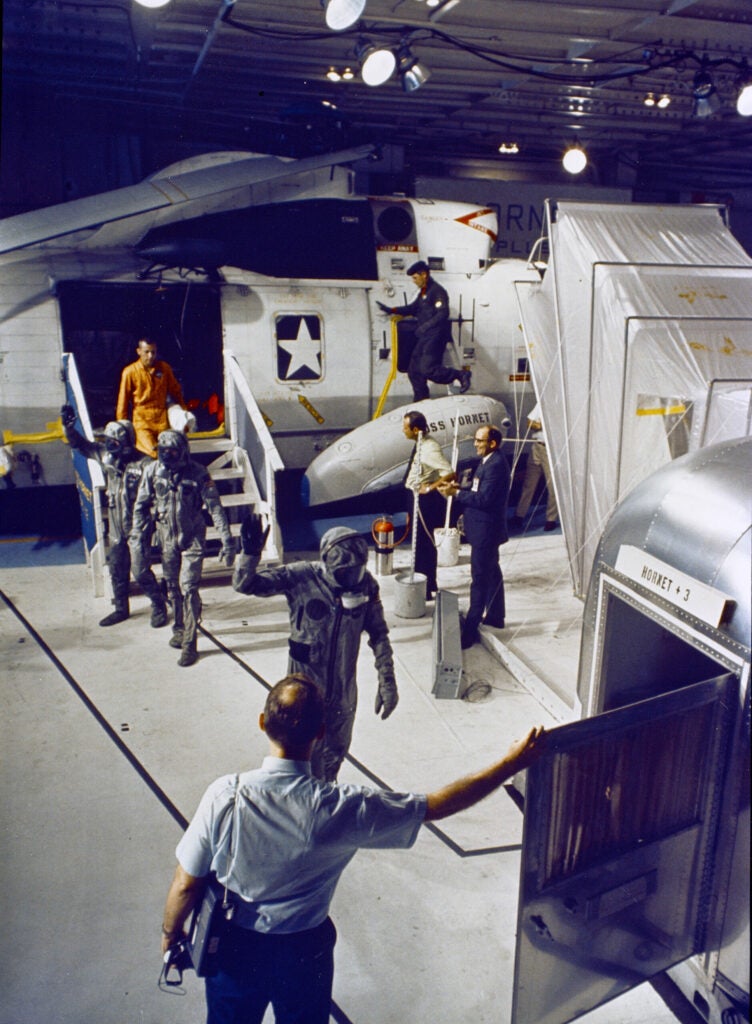 From Spacecraft to Quarantine

Not knowing whether or not the crew picked up any space-diseases on the Moon, NASA had the astronauts put on biological containment suits right away. Here they are waving and walking to their quarantine facility on board the USS Hornet. 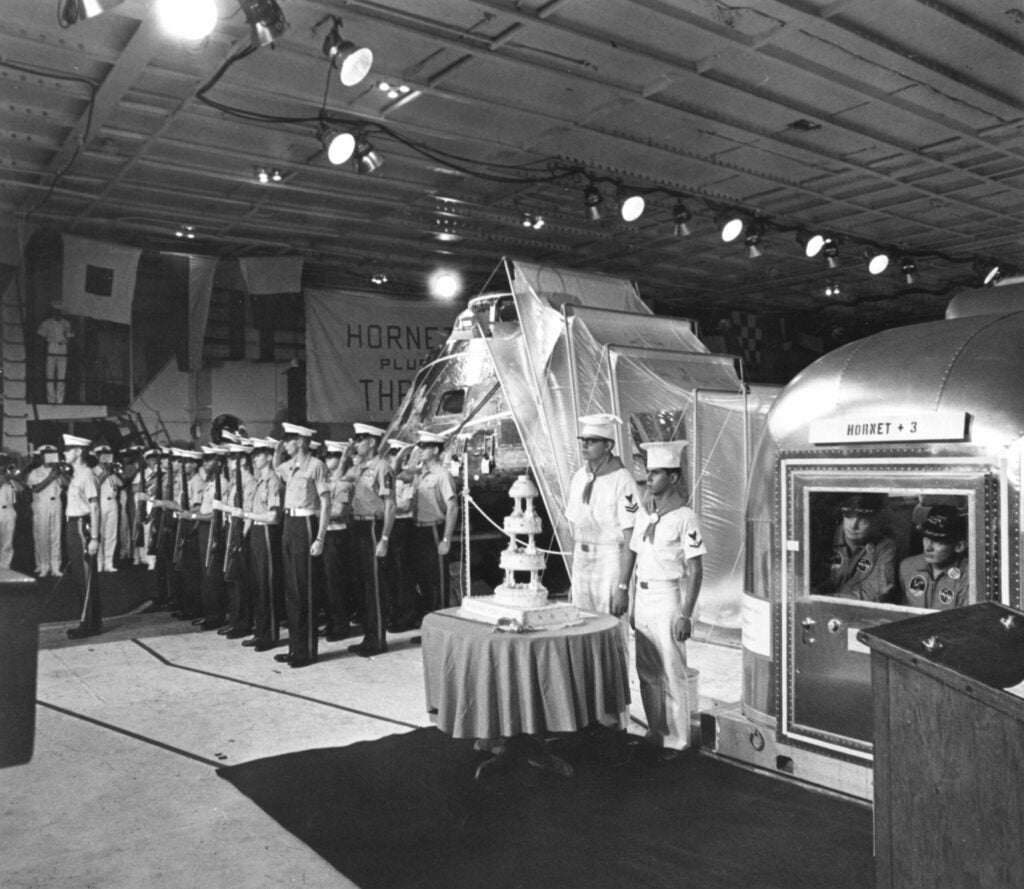 And the scene with the crew safely in quarantine. The banner in the background reads “Hornet Plus Three” to honour the astronauts on board. 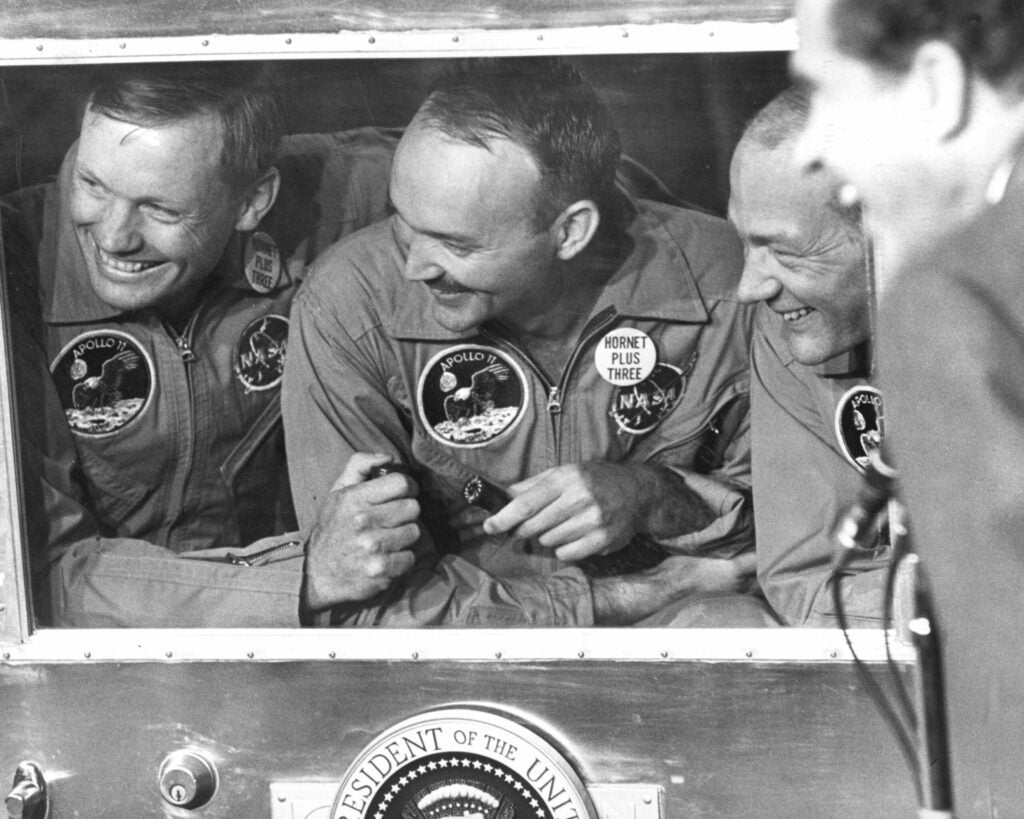 The Apollo 11 crew in quarantine, with President Nixon in the foreground outside the quarantine facility, all smiling on board the USS Hornet. 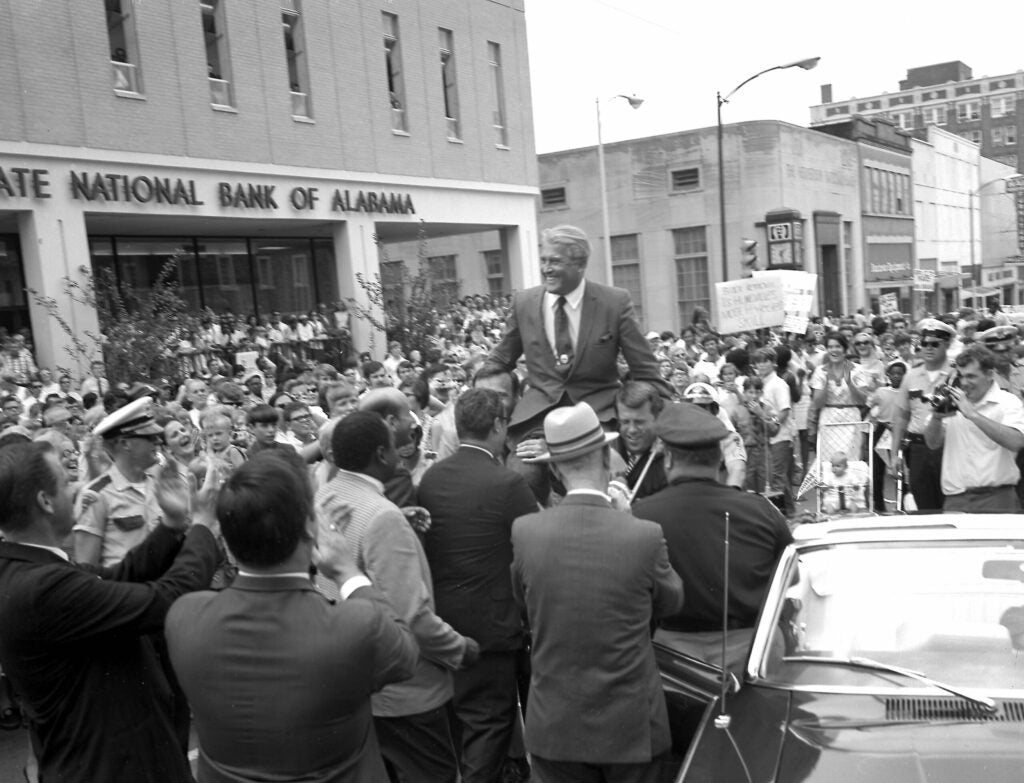 Meanwhile in Huntsville, Alabama, Wernher von Braun, the architect behind the Saturn V, is hoisted on the shoulders of a proud crowd in his hometown the same day Apollo 11 splashed down. 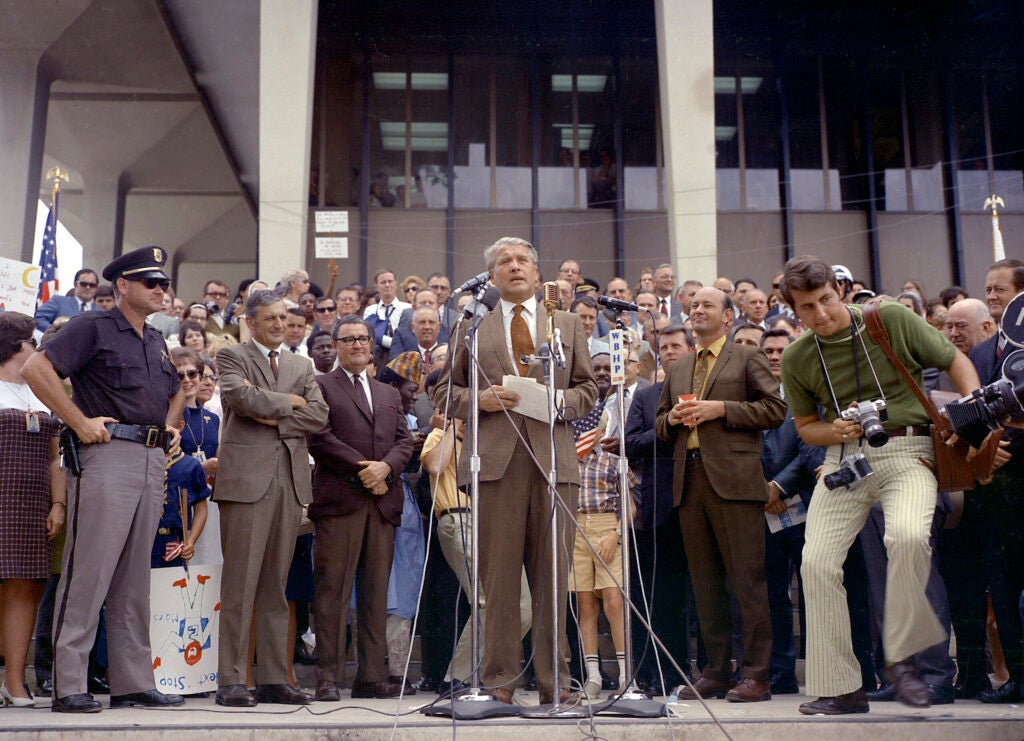 Von Braun addresses the local crown in Huntsville after Apollo 11’s splashdown. Notice towards the left is what looks like a boy holding a sign upside down that reads “Next stop Mars.” 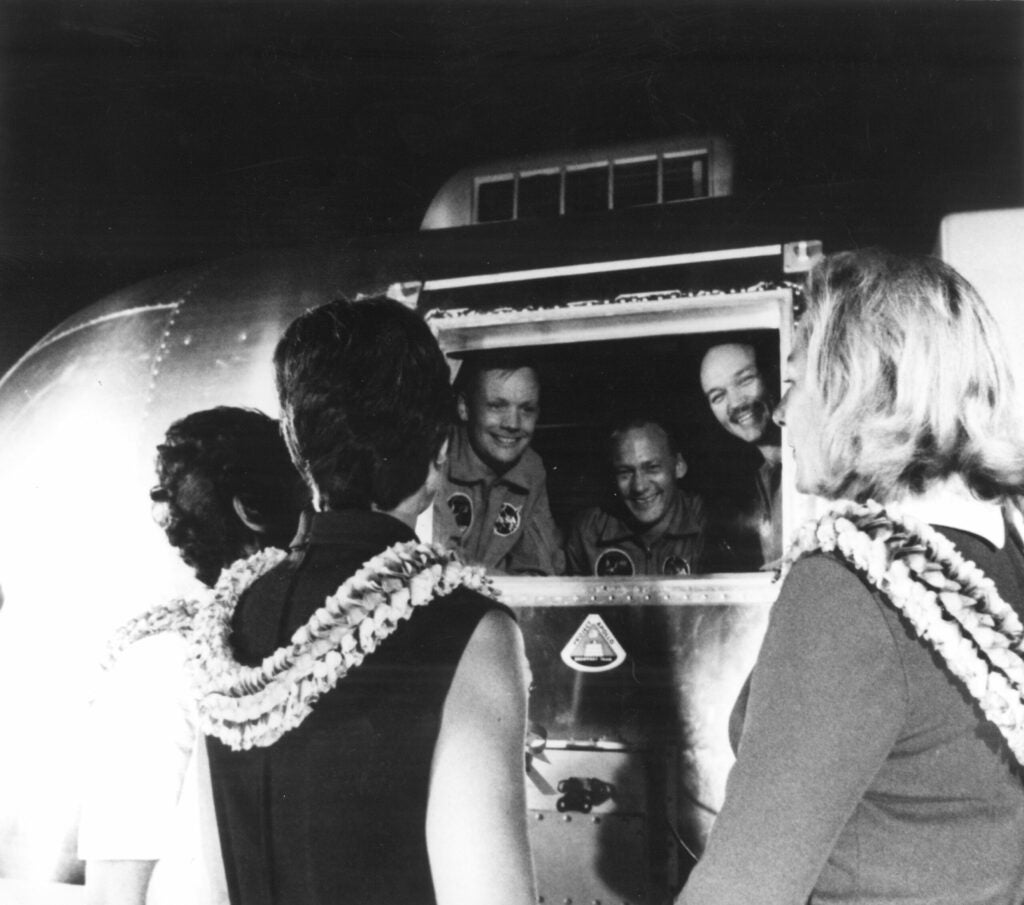 Three days after splashdown, still in quarantine at Ellington Air Force Base, the crew of Apollo 11 greets their wives. 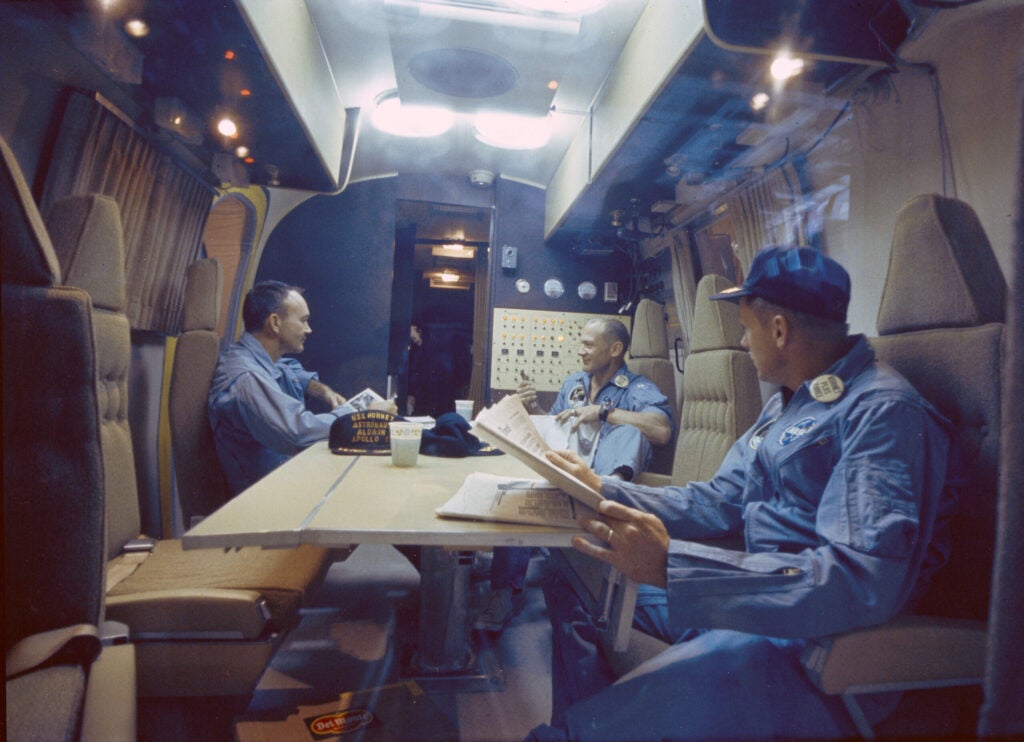 The Scene in Quarantine

Collins, Aldrin, and Armstrong relaxing in quarantine on board the USS Hornet hours after returning from the Moon. 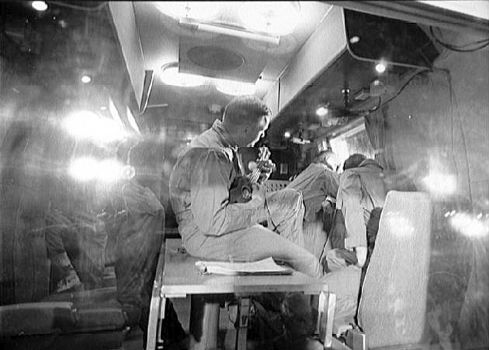 Armstrong playing the ukulele while in quarantine after Apollo 11’s splashdown. At this point on July 27, the crew had been moved to Ellington Air Force Base. 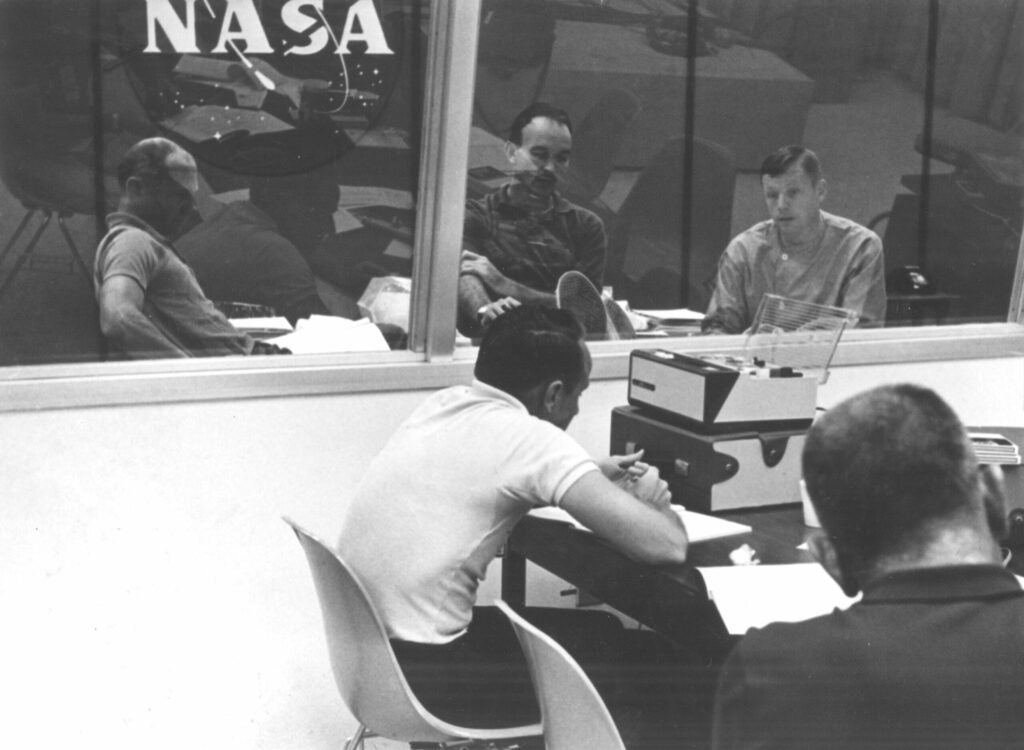 The crew of Apollo 11, still in quarantine, during a mission debriefing. Just because the mission was over didn’t mean their jobs were done. 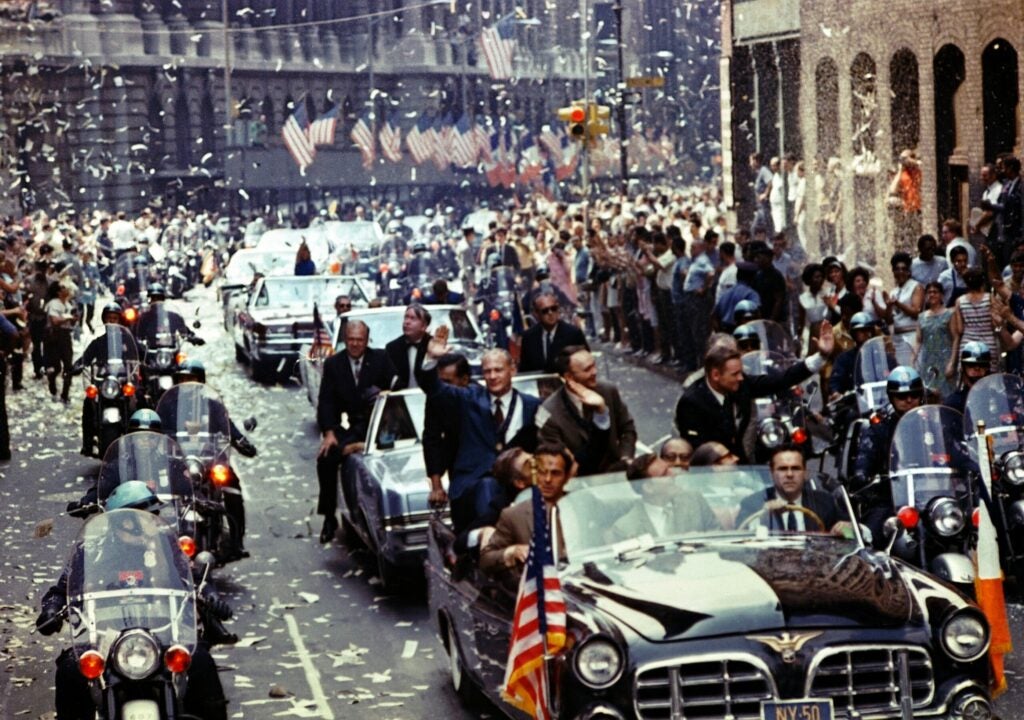 On August 13, Aldrin, Collins, and Armstrong waved from a car to people lining Broadway and Park Avenue in New York City. They’d been released from quarantine just ten days prior.
Space