This Is Speed Lab

Welcome to the Speed Lab, where Popular Science explores the most important disruptive technology in the world of cars and... 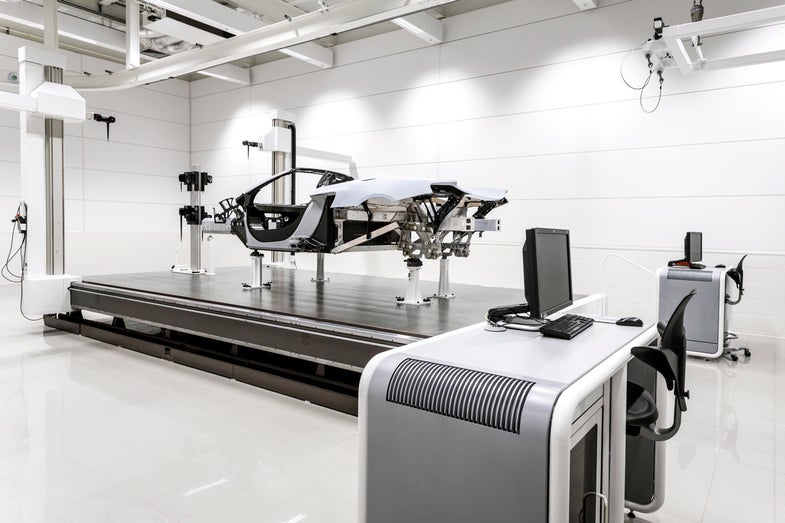 Welcome to the Speed Lab, where Popular Science explores the most important disruptive technology in the world of cars and transportation.

We want to start by setting something straight: “Speed” for our purposes doesn’t just stand for acceleration or how fast a vehicle can go—although we certainly relish testing those limits. It’s about the rapid pace at which the automotive industry is reinventing itself. After decades of slow, steady improvements, we’re now in an age of dramatic change.

In the next year alone, we can expect great leaps in autonomy and fuel economy. Honda, Hyundai, Toyota, and others are in a race to put hydrogen-powered fuel-cell vehicles on the road by 2015—or even sooner, in Hyundai’s case. (I tested Toyota’s prototype late last year in Tokyo, and let me tell you, it was a blast to drive.) Meanwhile, Mercedes-Benz and Nissan aim to offer autonomous-driving vehicles by 2020.

But the technology doesn’t have to be space-age to get our attention. A secondary goal here is to uncover the science underlying everything, including, for example, the EPA’s recent mandate requiring petroleum suppliers to remove the last bit of sulfur from gasoline, so that the fuel burns cleaner. (Some quick background: Oil refiners argue that they’ve already undergone extraordinary measures to reduce sulfur content by 90 percent.)

No matter the angle, this is an exciting time to be fascinated by cars. And we look forward to sharing all the amazing discoveries that await.