In April 2014, the Tianhe 2 supercomputer began offering computing power to public users while the system continues debugging and... 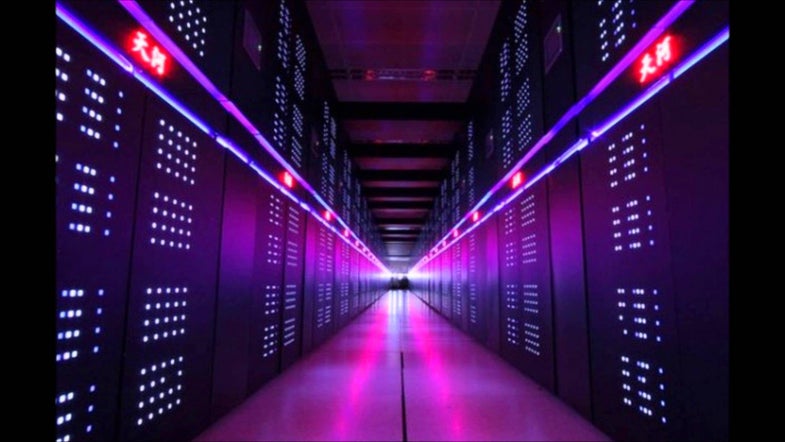 A look down one of the corridors in the giant room housing the Tianhe 2, which has a processing power of 33.86 petaflops (double that of its nearest competitor, the Oak Ridge Lab's Titan). Argonne National Labs
SHARE

In April 2014, the Tianhe 2 supercomputer began offering computing power to public users while the system continues debugging and fine tuning. It has a peak processing speed of 33.86 quadrillion floating-point operations per second (petaflops), derived from 16,000 computer nodes, while it has a theoretical peak processing power of 54.9 petaflops. The closest competitor is the Oak Ridge National Lab’s 17.59 petaflops Titan in America, which has only about half of the Tianhe 2’s computing power. Both supercomputers are open to public use for scientific research, including molecular scale physics, climate simulation and astronomic signal processing. Of course, the technology behind these supercomputers could also be used for military purposes, including nuclear weapons test simulations and decryption. 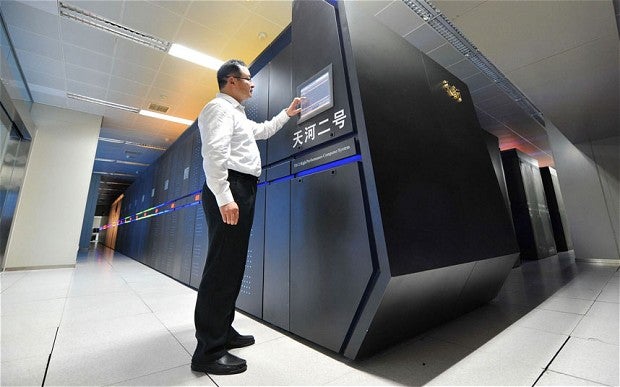 The Tianhe 2 supercomputer occupies a massive room inside Guangzhou, where it is now accepting computation tasks from the public. 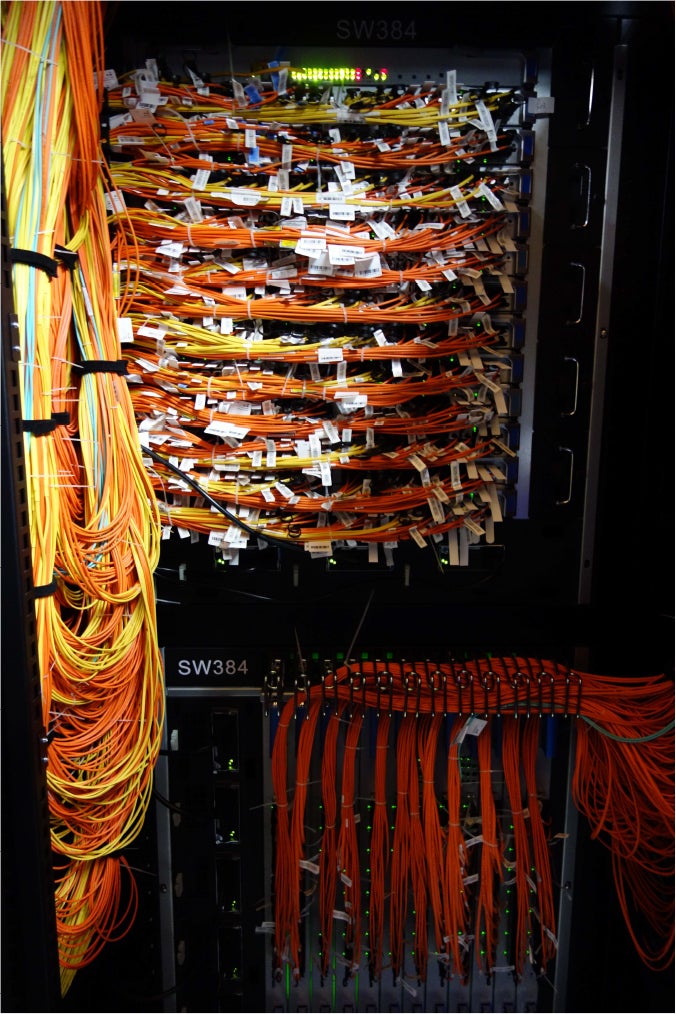 The Tianhe 2 includes 80,000 Intel Xeon CPUs processor boards, for 3,120,000 computing cores. Other than the most of the CPUs, the rest of the supercomputer is made in China.

The Tianhe 2 remains the world’s most powerful supercomputer as of November 2013, according to industry survey TOP500. The system is a joint effort between China’s National University of Defense Technology (NUDT) and IT manufacturer Inspur, It uses tens of thousands of Intel Xeon CPUs and Chinese FT-1500 core processing units, while NUDT developed its Kylin Linux operating system. Notably (and unlike so many IT and defense projects around the world), the Tianhe 2 went operational in December 2013, well ahead of its 2015 schedule, and reportedly costs only $390 million. 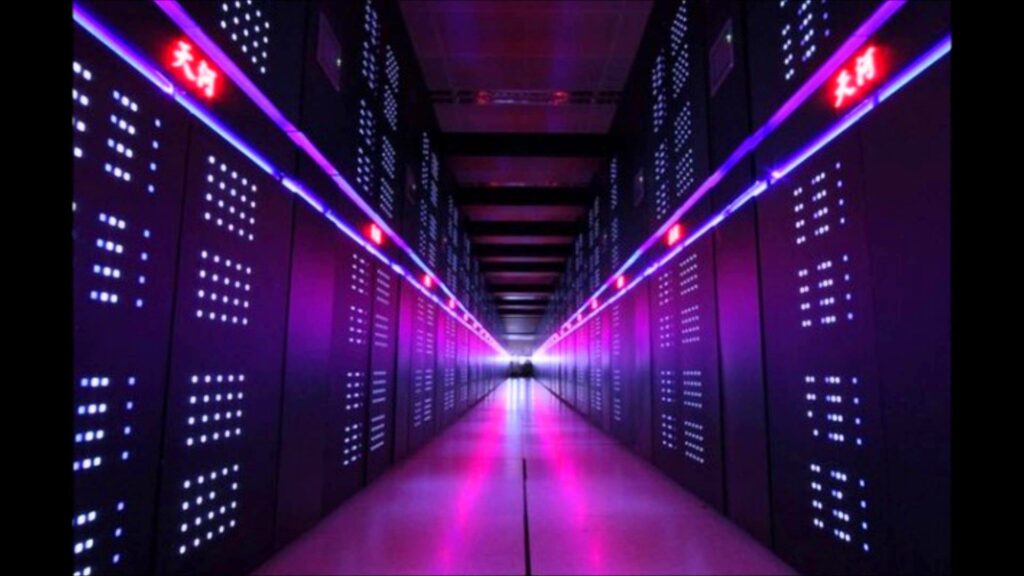 A look down one of the corridors in the giant room housing the Tianhe 2, which has a processing power of 33.86 petaflops (double that of its nearest competitor, the Oak Ridge Lab’s Titan).

Given its unprecedented processing power, Chinese scientists are still brainstorming new applications and missions for the Tianhe 2. The Tianhe 2 is the fruit of Program 863, a Chinese science and technology program started in the 1980s to accelerate research in areas like materials science, information technology and aviation. Other fruits of Program 863 include 62 of the world’s 205 fastest supercomputers, anti-satellite lasers and renewable energy.

PS: Thanks to Kal Sze for clarifying about the Kylin Linux.