The C919 will be China’s largest civilian aircraft and a key move for the nation into an area it has... 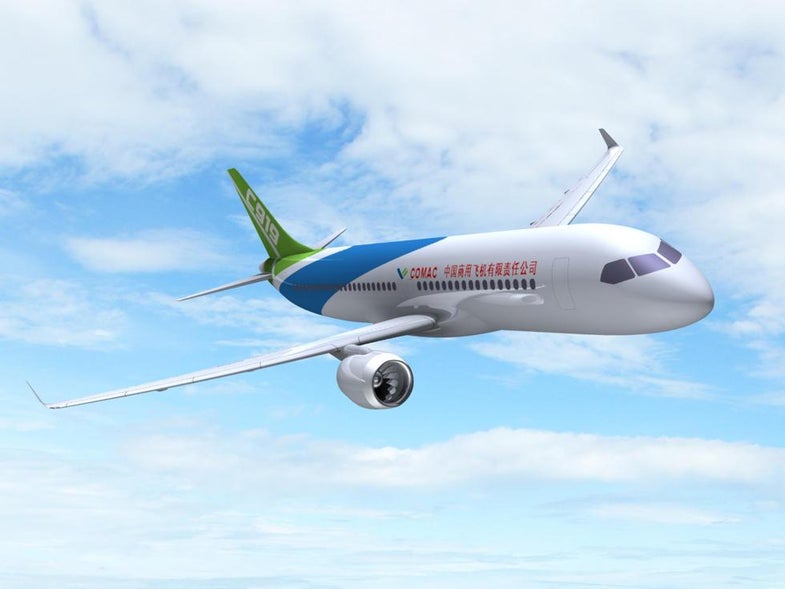 While just a computer generated image for now, the first flight of the C919 into the air is scheduled to become a reality in 2015. COMAC
SHARE 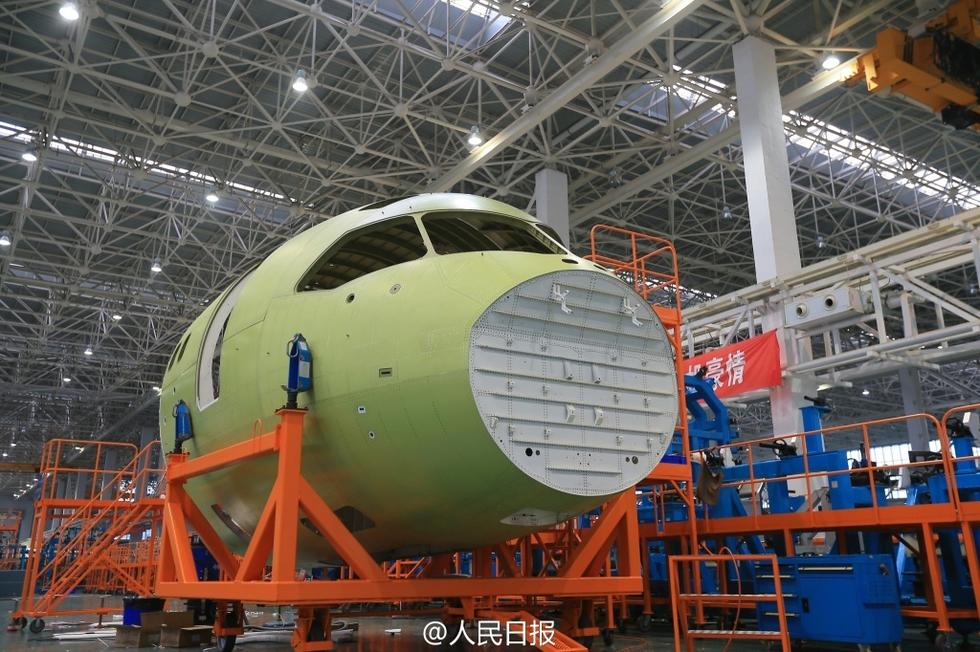 The C919’s forward fuselage, which will hold the cockpit and radome nose, has been completed at Chengdu. It will be shipped to Shanghai where it will be mated with the rest of the fuselage and wings to complete the first C919 jetliner prototype by December 2014.

The C919 will be China’s largest civilian aircraft and a key move for the nation into an area it has been dependent on foreign suppliers like Boeing and Airbus, up to now. On July 31, 2014, the Chengdu Aviation Corporation completed the C919 jetliner’s nose and cockpit fuselage for the Commercial Airline Corporation of China (COMAC). The forward fuselage will join the mid body fuselage, which was completed in May 2014. At this rate, the C919 prototype is expected be assembled by December, once the rear fuselage and wings have been completed. The C919 will then be on pace to make a test flight in the second half of 2015 and enter into service in 2018. 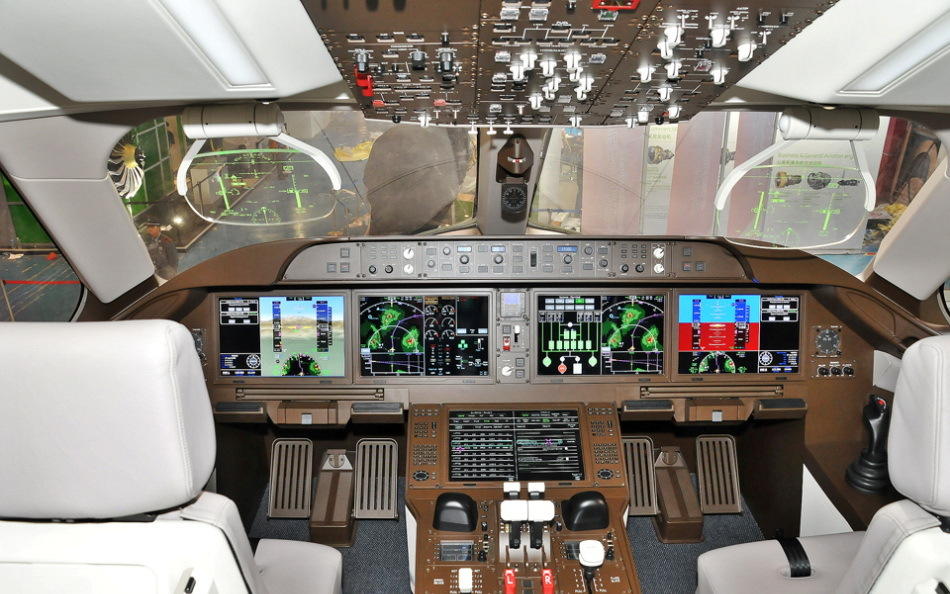 This mockup of the C919’s cockpit shows the advanced avionics available to the jetliner’s pilots. The C919 will be equipped with multifunction displays, heads up displays (HUD) and other equipment that seem more at home in a modern fighter jet like a F-22 or J-20.

The C919 is an important milestone for China’s aviation industry, since its design includes the complex integration of domestic and foreign systems like the CFM LEAP engine and Honeywell avionics. The C919 uses several advanced manufacturing techniques, including 3D printed titanium wing spars. In addition to seating 180 passengers, it can also carry 20 tons of cargo. The key challenges facing COMAC are producing a cost and technologically competitor to the Airbus A320 and Boeing B737, as well as gaining regulatory and safety approval in the American and European markets. The systems integration and engineering experience gained from the C919 will enable COMAC to build the larger 300 and 400 set C929 and C939 jetliners, possibly in a joint venture with Russia’s United Aircraft Corporation to compete in the lucrative widebody jetliner market that is now dominated by giants like the Airbus A330 and Boeing B777. 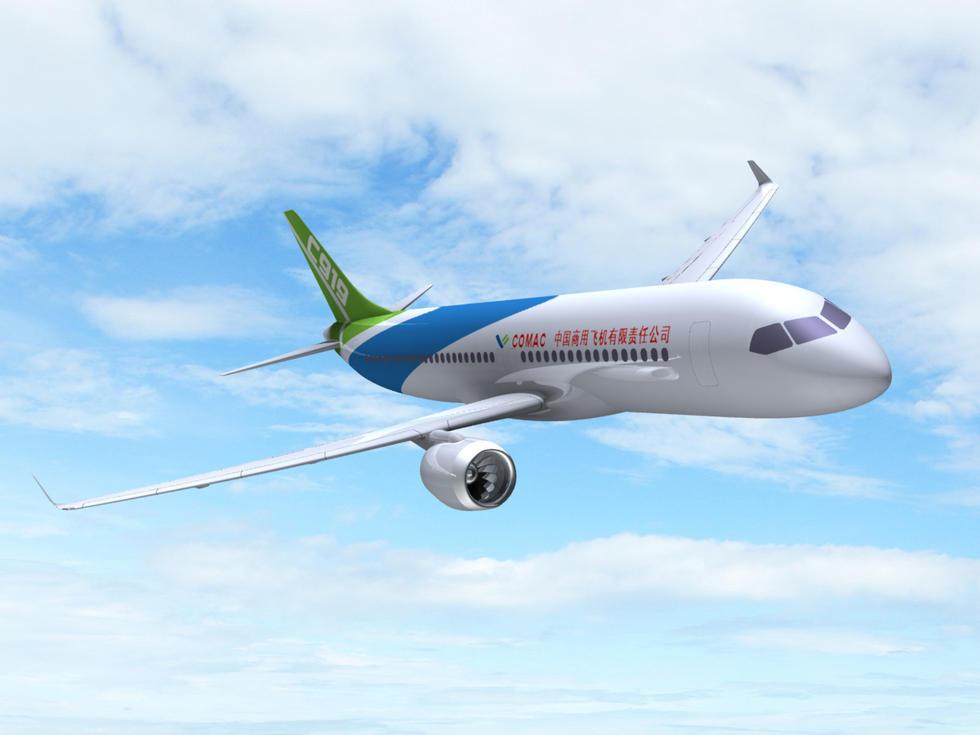 While just a computer generated image for now, the first flight of the C919 into the air is scheduled to become a reality in 2015.

Militarily, the C919 could offer a more faster and fuel efficient platform for combat support activities such as electronic warfare, airborne early warning and control, intelligence, command posts and psychological operations, akin to how the US military also uses modified civilian jetliners in such role. Presently, these are handled by older aircraft such as the turboprop 50 year old Y-8, so the C919 would be a useful upgrade. However, a militarized C919 would have to be redesigned to use only Chinese components like the WS-20 engine.