If you’ve ever attended a college party or been in the company of a reckless prankster, you’ve no doubt seen... 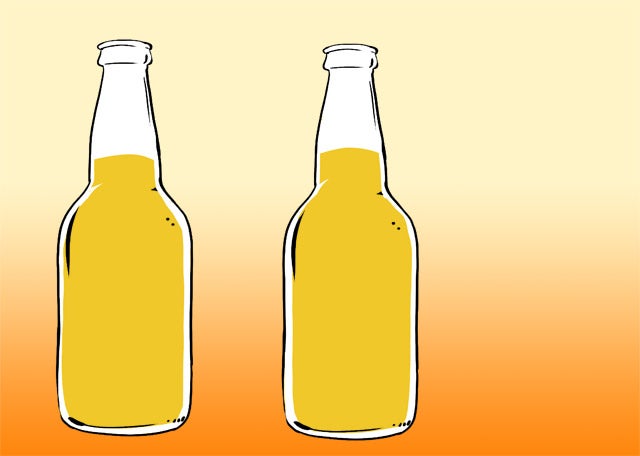 If you’ve ever attended a college party or been in the company of a reckless prankster, you’ve no doubt seen this trick performed: The perpetrator approaches the mark—both with beers in hand—and engages them in casual conversation. With the agility of a trained illusionist, the perpetrator surreptitiously strikes the top of the mark’s beer with the bottom of their own. Within seconds, the mark’s beer is overflowing with foam, much to the hilarity of almost all involved.

What neither the perpetrator nor the mark are aware is that they have just demonstrated a phenomenon known as cavitation. When liquid, such as our beer, undergoes a rapid change in pressure, it spurs the formation of vapor cavities (hence the name) in low pressure areas. At the 66th Annual Meeting of the American Physical Society Division of Fluid Dynamics, researchers from the Carlos III University of Madrid, Spain and Universite Pierre et Marie Curie, Institut Jean le Rond d’Alembert, France demonstrated how this series of expansion-compression waves can cause the rapid degasification of beer.

While the aforementioned prank leaves us with little more than a mess to clean up, cavitation poses serious engineering challenges to the design and maintenance of underwater propellers, turbines, or pumps. When the bubbles formed by cavitation collapse, they create high temperatures and emit shock waves which can, over time, erode underwater equipment.

“We wanted to explain the extremely high efficiency of the degasification process that occurs in a beer bottle within the first few seconds after the impact,” said Author Javier Rodriguez-Rodriguez, one of the study’s authors. He believes the findings will also help scientists learn more about natural cavitation events, such as when over 100,000 metric tons of volcanic carbon dioxide gas suddenly erupted from Lake Nyos in Cameroon. The 1986 disaster killed over a thousand people when the CO2 gas (which is slightly heavier than air) plume displaced the oxygen of the area around the lake.

Update: Several folks pointed me towards this clip by the Slow Mo Guys showing just how powerful cavitation can be. Don’t recommend trying this one in the living room…