Behold The Full, Round Body Of The Hybrid Air Vehicle 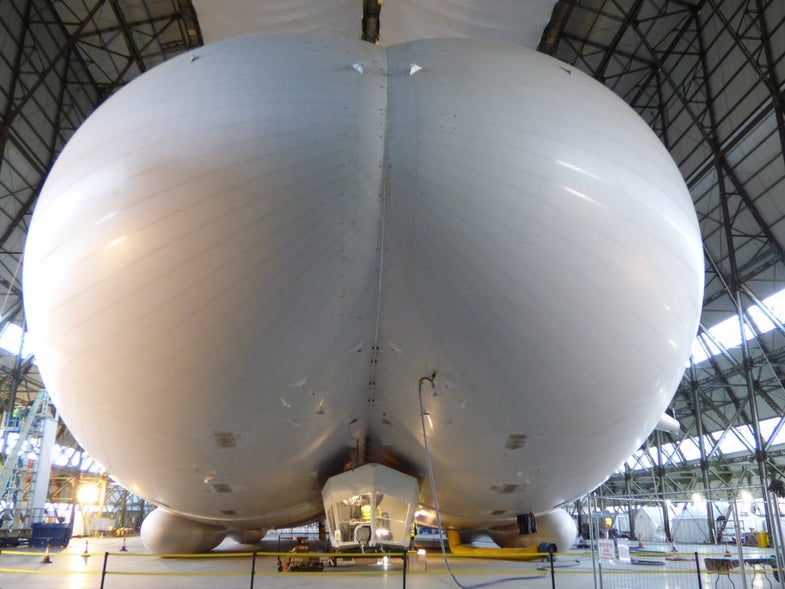 Airships are a big flying deal. While best known for the fiery fate of the Hindenburg in 1937, the 21st century keeps promising newer, lighter-than-air vehicles, with more potential and less tragedy than the first age of zeppelins. Of all the modern airships, few have as storied a history or as great a promise as the Airlander Hybrid Air Vehicle. Originally built for the U.S. Army, then rejected, the vehicle got a new lease on life in the United Kingdom. And now, in an attempt to attract buyers, it’s even floating.

Earlier this month, Airlander invited media to tour the hangar at Cardington Airfield in England and get a close-up glimpse of the giant behemoth as it floated gently above the ground. The aircraft, originally built as a long-endurance surveillance tool for the U.S. Army, is now billed as an efficient cargo hauler with technical specifications for a payload of over 22,000 pounds.

In parts of the world far from coasts and without reliable roads, Airlanders (or other airships) could serve as cargo vessels, delivering bulk goods where it otherwise would have been cost prohibitive. The vehicles themselves are listed at $35 million apiece, which is certainly more expensive than a comparable boat, but boats can’t fly over ground and land wherever they want. 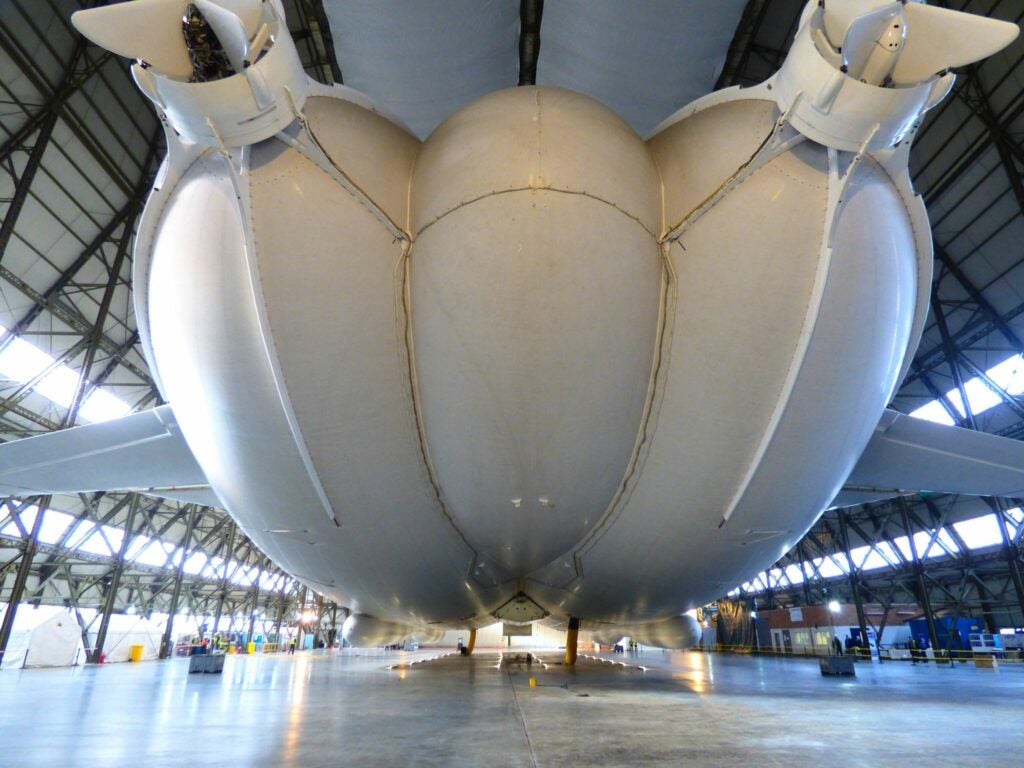 This is the Airlander floating in the air above the land. Oh, I get it now.

Airlander has a larger version planned, but they want to make sure they can get the current version to fly first. Right now, it bounces gently over the ground, its large, hemispheric body lending itself easily to parody. Check out more photos of the vehicle at the Verge.