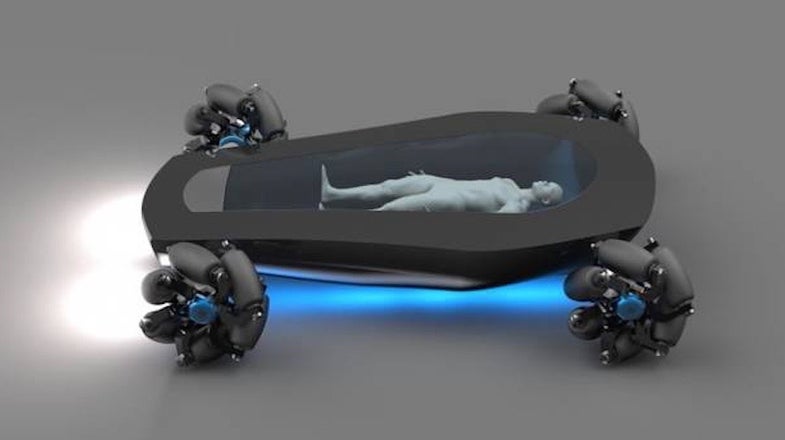 Electric powertrains have been applied to a wide variety of road vehicles to reduce emissions, from small city cars, to fairly large delivery trucks.

But there’s one category of vehicle where electrification hasn’t really been considered.

It’s customarily the last vehicle most people will ever ride in.

Seeking to fill that gap is this concept for a self-driving electric hearse from Charles Bombardier, who described the design in a recent column for The Globe and Mail.

Bombardier is not to be confused with the manufacturing company–founded by his grandfather–at which he previously worked. He now designs futuristic vehicles on his own.

Called the Korbiyor–after the French word for hearse, corbillard–the vehicle consists of a platform with a transparent, refrigerated coffin. 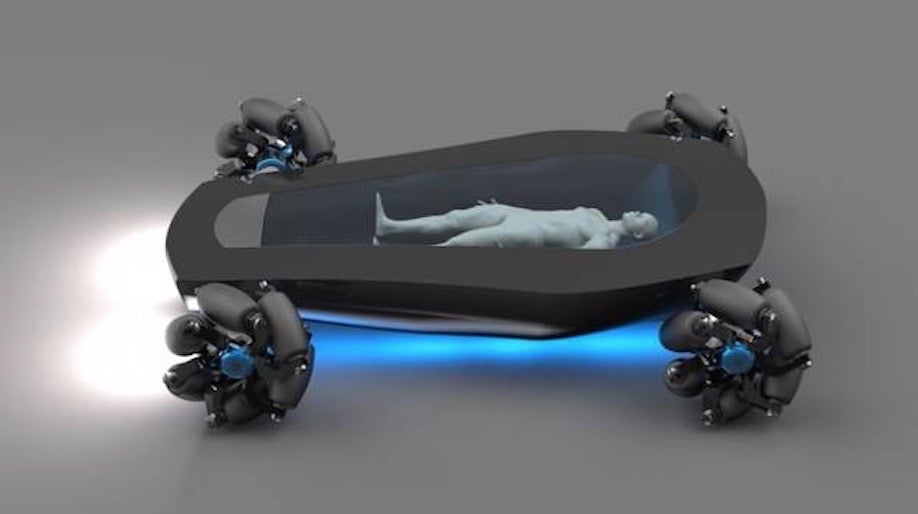 It rolls on Mecanum wheels, made of individual moving elements that allow the vehicle to move in any direction.

Thanks to this configuration–and the Korbiyor’s lightweight construction–Bombardier says it could be driven straight into a church or other place of worship, and maneuver without damaging the floors.

For the funeral procession, the onboard systems can be programmed to following people walking in front, or have the route and a set speed pre-programmed.

While there is no provision for a human driver onboard, remote control could also be used to position the vehicle when needed, Bombardier says. 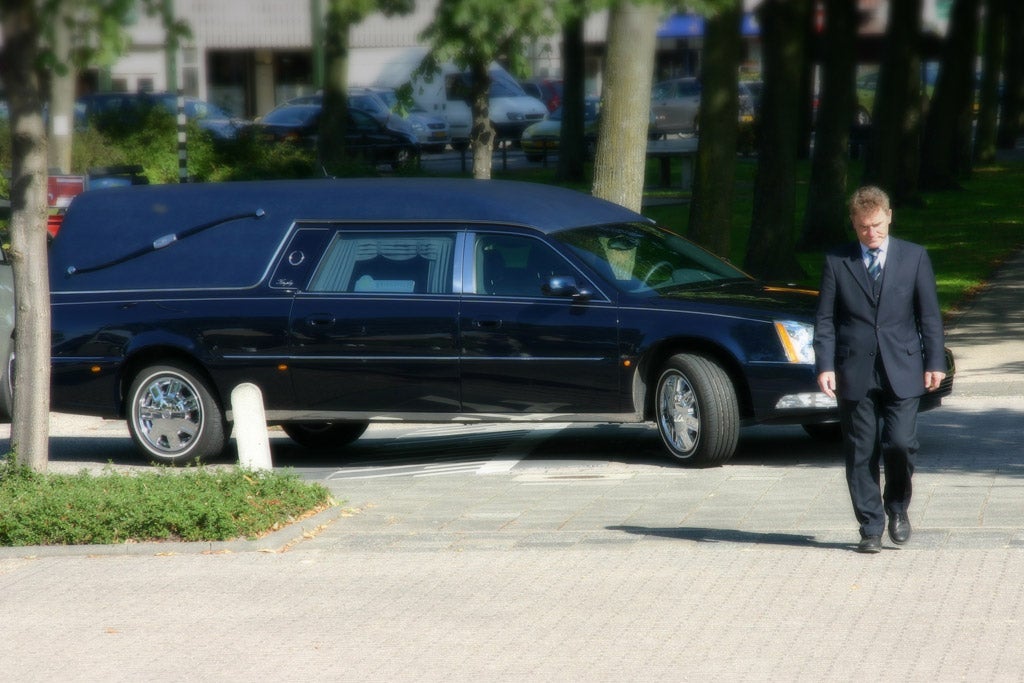 The transparent coffin is meant to put the body on display, should that be desired. The same fuel cells that power the Korbiyor would be used to refrigerate it, according to the designer.

The Korbiyor would also feature a multimedia projector and sound system, to play images and music to help memorialize the deceased, if that is deemed appropriate.

It was designed simply to explore the ways hearses could be altered by technology, and with no regard to any current conventions or infrastructure.