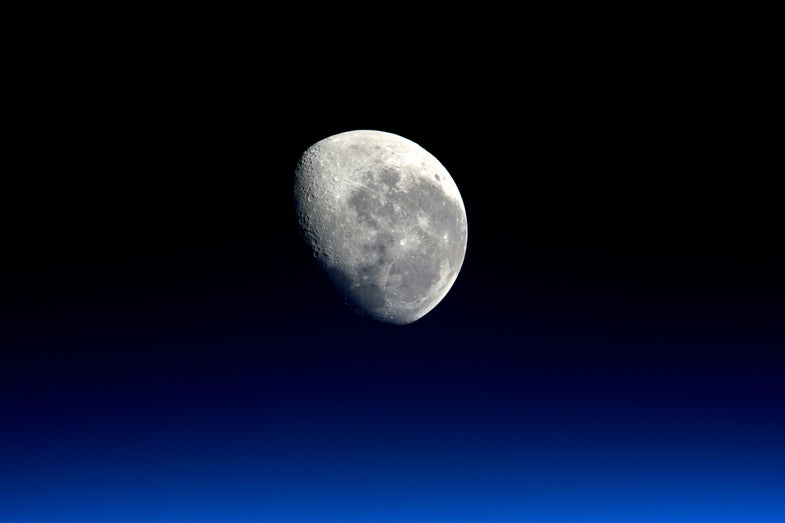 Comets may not have played as big of a part in the moon’s early surface as once thought. A new study out in Nature Communications today says that 80 percent of the moon’s inner water may actually come from asteroids.

After hydrogen atoms were found in samples of the moon’s interior six years ago, an international group of researchers set out to find the water’s origin. By studying hydrogen isotopes, carbon to nitrogen ratios, and other elements, they were able to compare moon samples to lists of asteroid and comet components. They matched most of the moon’s interior water to asteroids and a smaller percentage, less than 20 percent, to comets.

The researchers were also able to tell that the brunt of lunar water, which measures at around 100 parts per million, was delivered about 4.5 billion years ago, before the Late Heavy Bombardment, a time when the moon, Earth and other inner planets were hit by an astounding number of asteroids.

While the scientists speculate that most of the water came from asteroids, they also propose an alternative theory where up to 25 percent of lunar water came from the creation of the moon from the Earth 4.5 billion years ago. But some scientists think it is unlikely any water from Earth would have made it through a time in the moon’s early history when the surface was molten and water easily evaporated.

Nicely enough, these findings support the idea that not only the moon and Earth but all of the inner solar system’s water came from asteroids from about 4.5 to 3.9 billion years ago.