Tired? Wired? This Bulb Can Help. 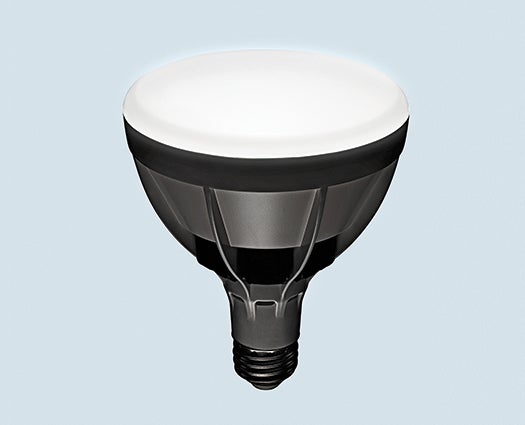 It might shine like any other bulb, but the Rhythm Downlight LED from Lighting Science (price not set; available summer) can make users feel energized or sleepy on cue. NASA plans to deploy similar technology on the International Space Station to help astronauts regulate their sleep. (At 17,500 mph, they see 16 sunrises and sunsets every 24 hours.)

Scientists at Thomas Jefferson University and the Uniformed Services University of the Health Sciences recorded how volunteers responded to different wavelengths of light from 440 nanometers (nm) to 600 nm. The spectrum they used ranges in color from indigo to orange. Subjects underwent exposure in 90-minute intervals, while researchers recorded melatonin levels in each participant’s blood.

The team found that blue light measuring 446 nm to 477 nm suppressed production of melatonin, which promotes drowsiness, more than other wavelengths did. Engineers at Lighting Science used that data to program the Rhythm Downlight with multiple settings, including energizing (more blue) and relaxing (no blue). Users program their schedule through an app, allowing them to stave off mid-afternoon crashes before they start.