The images will show details as a small as a foot in width. 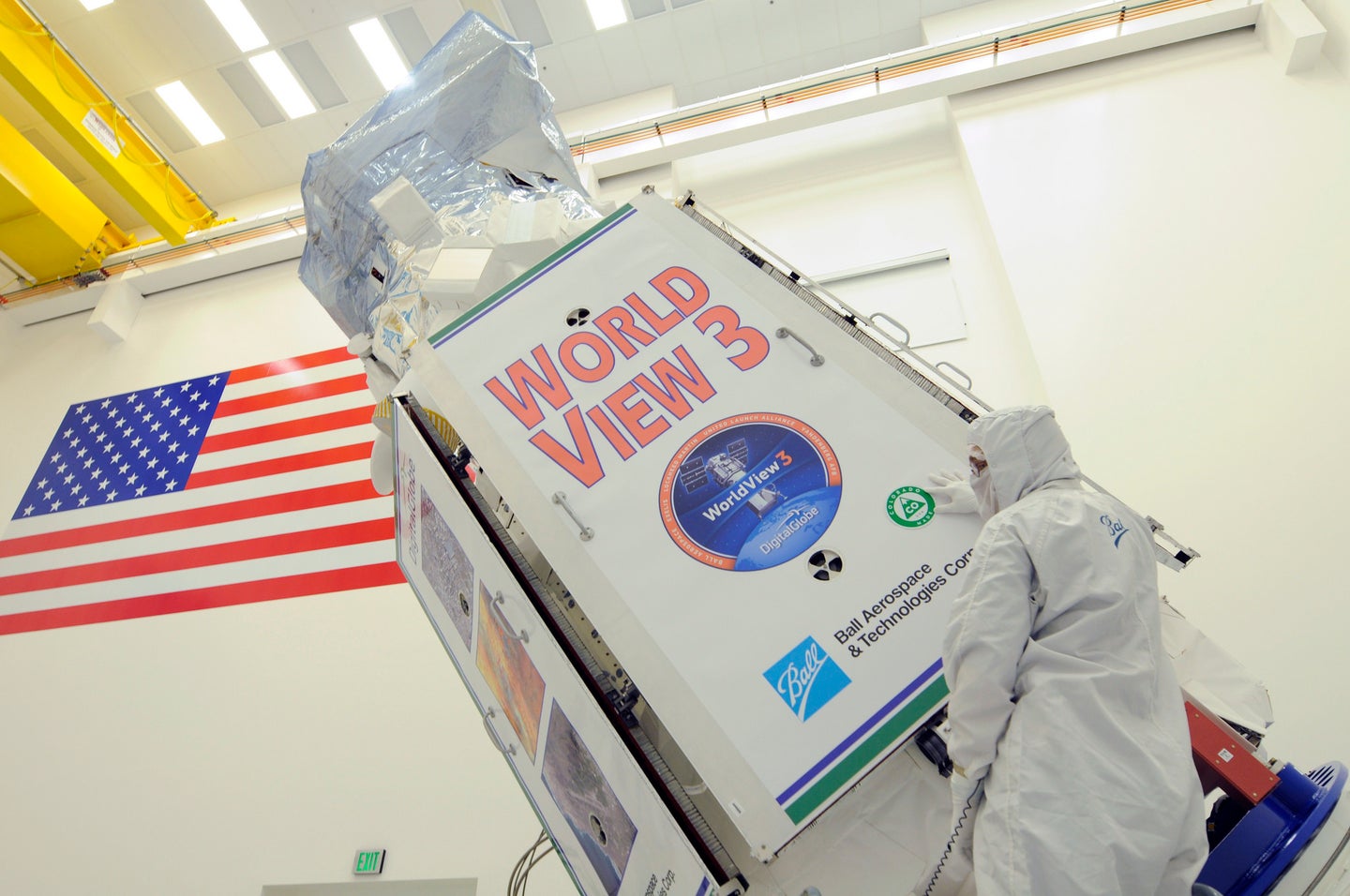 Finer-than-ever satellite images may soon be available to anyone in the U.S. who’s willing to pay for them. This is a development that depends on both technology—the ability to see stuff that small from space—and politics—whether U.S. regulations will allow a commercial company to sell high-resolution images of the Earth.

Previously, the sharpest (commercial) eye on Earth was the GeoEye-1 satellite, which has a resolution of 41 centimeters and belongs to a Colorado-based company called DigitalGlobe. (Some militaries have satellites at a resolution of 15 to 20 centimeters, the BBC reports.) For the past 14 years, U.S. regulation kept companies such as DigitalGlobe from selling images with resolutions finer than 50 centimeters to anybody but the military. However, DigitalGlobe asked for permission to sell sub-50-centimeter-resolution images in 2013, Space News reports, and has received the go-ahead from the U.S. Commerce Department to begin selling 31-centimeter-resolution images six months from now.

The images will come from DigitalGlobe’s WorldView-3 satellite, which launched yesterday. With WorldView-3, “we can actually tell you, for each individual tree, how healthy it is,” said Kumar Naulur, DigitalGlobe’s director of next-generation products. Commercial satellite imagery customers often include groups that monitor crops and orchards, for predicting future food prices. Others include oil and gas companies, which use the photos to seek new sites. DigitalGlobe also already sells images to Google and Bing maps.

Meanwhile, the six-month delay on releasing WorldView-3 images for sale is so that federal agencies have time to figure out whether the sharper images will pose any problems for national security that they didn’t foresee, the BBC reports. The U.S. intelligence community previously recommended DigitalGlobe be allowed to sell images as sharp as 25 centimeters in resolution, Space News reported in April.