The Indian Ocean is a difficult environment for an autonomous underwater vehicle. 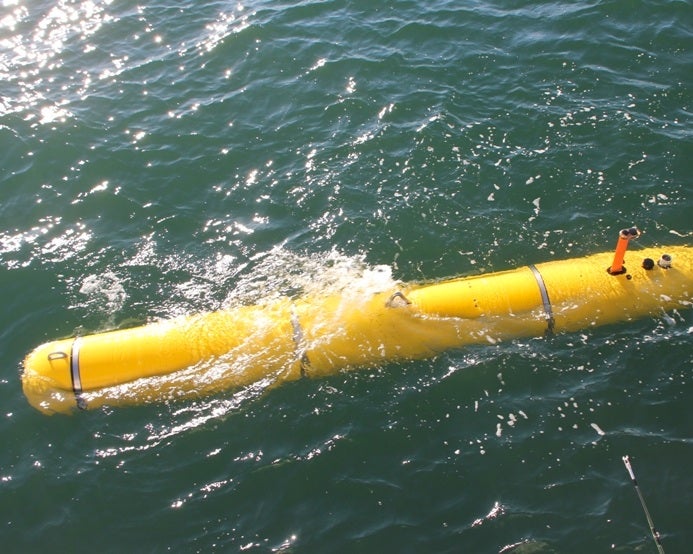 The search for Malaysia Airlines Flight MH370 has moved underwater, but it’s still not easy. A robotic submarine deployed yesterday returned to the surface sooner than expected because it encountered depths beyond its capabilities, Australian broadcaster ABC reports. The search is occurring in the southern Indian Ocean, northwest of the Australian city of Perth.

BBC News has great graphics showing the sea-floor geography around the search area and the ocean-depth capabilities of different robotic submarines. It also has a graphic showing the workings of the robot sub used in this search, a model called Bluefin-21 by Bluefin Robotics. Bluefin-21 is able to operate in depths up to 4,500 meters. If it encounters depths greater than that, it’s programmed to automatically return to the surface to protect itself, the BBC reports. As long as the weather is favorable, it’s able to operate on its own 24 hours a day, The Boston Globe reports. But the vehicle searchers dropped into the ocean yesterday came up after only six hours underwater, ABC reports.

Searchers plan to put the sub back into the water “later today,” ABC reported about 10 hours ago.

Searchers decided to use an autonomous underwater vehicle once they narrowed the search area enough for the vehicle, which moves more slowly than surface ships. Another driving factor was that searchers think the plane’s black boxes ran out of battery and are no longer sending out pings that ships can pick up. Bluefin-21 is able to examine the seafloor using sonar and high-definition cameras.