Mars One Fundraiser Offers Round Trip To Space

Raffle winners get to go on a space jaunt -- with a return ticket. 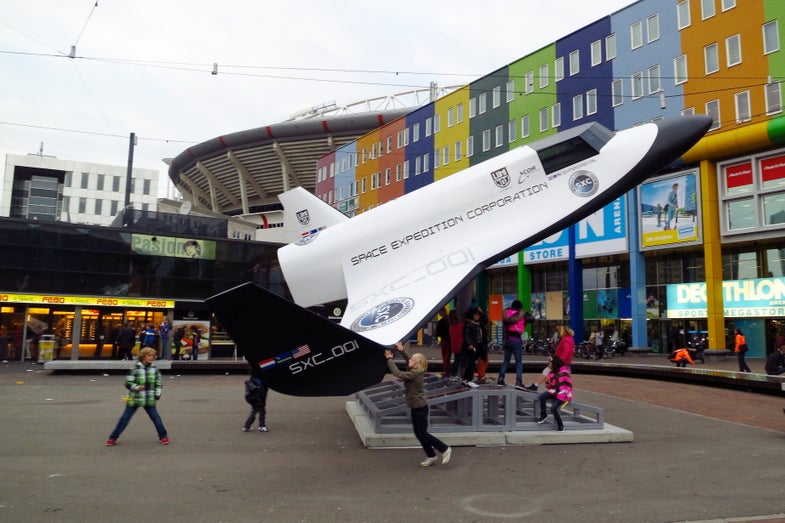 With a dollar, a bit of luck, and lot of faith that space-colonization nonprofit Mars One will realize its long-term goals, you can go to space for a fraction of the $20-$40 million Russia charges for joyrides in the Soyuz.

In a press release, Mars One says it began the campaign “Ticket to Rise” to help fund an earthbound simulation of life on Mars planned for 2015, as well as their projected 2018 launches, in which the nonprofit plans to send an unmanned lander to Mars. Mars One also has a much more ambitious goal of sending humans to the red planet in 2023, but space enthusiasts uninterested in Mars One’s offer to live and die on Mars will have the opportunity to win a less permanent ride to near-Earth space through the program. If everything comes together, the grand prize winner will receive a ticket on the Lynx Mark II, XCOR Aerospace’s entry into the growing commercial spaceflight market.

Mars One’s long term goal is to establish a permanent settlement on Mars. From the thousands of wannabe space pioneers who applied for the mission, they intend to select four astronauts to ride a SpaceX Falcon Heavy to their new home after several unmanned supply trips. The bulk of funding for the $6 billion mission is expected to come from a reality show, in which viewers will vote for applicants to join the project and follow the trip like today’s viewers follow Big Brother.