How To Become A First-Person-View Aircraft Pilot

A Q&A with a professional flyer 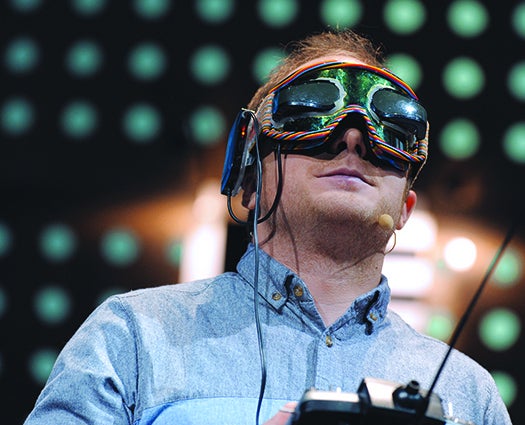 Raphael Pirker from Switzerland, founder of Team BlackSheep uses virtual reality goggles to simulate the sensation of flight in the real world during a demonstration, flying from the perspective of a model aircraft, during a session of LeWeb'12 in Saint-Denis, near Paris on December 6, 2012. AFP PHOTO ERIC PIERMONTERIC PIERMONT/AFP/Getty Images (Newscom TagID: afplivefour834138.jpg) [Photo via Newscom]. ERIC PIERMONT
SHARE

Raphael Pirker turned his hobby of flying first-person-view (FPV) aircraft into a career. We asked how he did it so that you might too—if and when the U.S. government ever lightens up.

My uncle got me into model planes as a kid in Switzerland, so I had some models lying around when I first heard about FPV aircraft in 2007. I spent the next four years building and flying them for fun.

My friends wanted FPV aircraft but didn’t know what to buy. So in 2011, I helped launch Team BlackSheep Avionics, an FPV aircraft developer and retailer in Hong Kong. Clients also hire us to shoot footage for commercials, building inspections, and agriculture.

There are big opportunities for drones to deliver things like mail or food. Outdated regulations are the biggest inhibitor at the moment, but the Federal Aviation Administration could open U.S. airspace to drones in 2015.

WARNING: Currently, commercial use of drones in the U.S. is legal only with special permission from the FAA. Bummer.