How do you manage a sky full of humans and robots? A new DARPA initiative aims to find out. 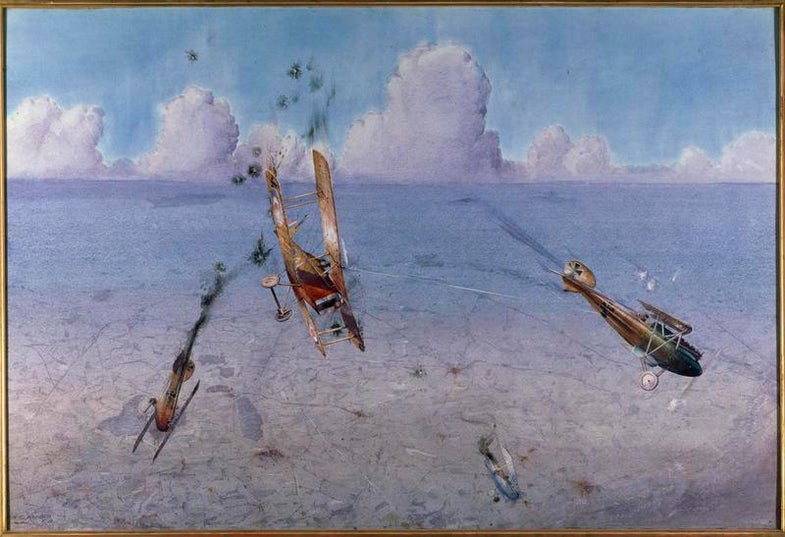 The very first airplanes used in war were scouts and light bombers, which flew above armies and dropped small bombs (often thrown from a pilot’s hand) onto enemies. By and large, that’s where military drones are today: surveillance tools that sometimes fire missiles. A new initiative from the Defense Advanced Research Projects Agency wants to change that, and bring drones right up to the cutting-edge aerial warfare innovation of 1914: air-to-air combat.

On February 28th, DARPA is holding a conference in northern Virginia to start tackling the problems of future air-to-air battles. DARPA wants the military and industry to figure out “Distributed Battle Management,” or how to organize a sky with both manned and unmanned aircraft fighting alongside one another.

The end products, DARPA says, are

Translated from Pentagonese, that means a way for military commanders to coordinate and control aircraft, including autonomous and robotic ones, without removing human control from kill decisions. DARPA expects future aerial battles to include both manned fighters and drones, and it’s trying to figure out how to make that work with the humans still in control.