Whether they survived is unknown. 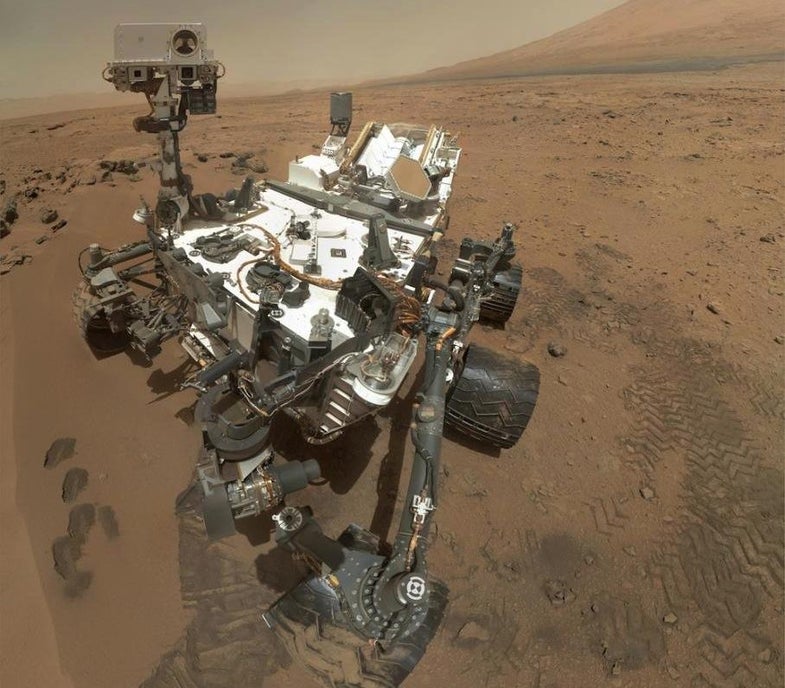 You know you’ve got a microbiome. Did you know NASA’s Curiosity rover does, too? A recent study of swabs taken from the rover before it launched found its surfaces contained 65 bacteria species, Nature News reports.

It’s not known whether any of those Earthly critters survived the journey to Mars. We’re kind of rooting for it—go, bacteria, go!—but spacefaring Earth bacteria would only make space science harder. Engineers are supposed to put spacecraft like Curiosity through a stringent cleaning regimen before launch. Scientists don’t want to contaminate other planets with Earth life forms. They also don’t want contamination in their own instruments, which could make it appear that they have detected alien life when they’re really only measuring Earth-origin hitchhikers.

Yet certain species of bacteria are known to survive even NASA’s cleanrooms. In addition, Space.com reported in 2011 that Curiosity may not have gotten as thorough of a cleaning as it should have. Wondering about what remained on Curiosity even after cleaning, scientists from the University of Idaho and California’s Jet Propulsion Laboratory swabbed different parts of the rover before sending it off.

After gathering and characterizing their bacteria, the scientists exposed them to harsh conditions, including desiccation, ultraviolet light exposure, extreme cold and extreme pH levels. About 11 percent of the bacterial strains they found survived at least two conditions. The study is a first step toward investigating whether and which species may make it to Mars and contaminate samples collected in the future.