We don't need a government! We just need all the things the government normally pays for! 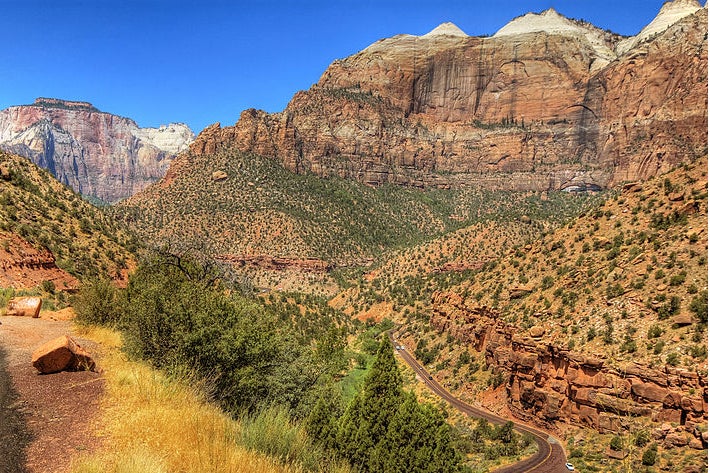 The governor of Utah has announced that the state has brokered a deal with the Department of the Interior to reopen its shuttered national parks while the federal government remains on hiatus.

In exchange for $166,572 per day, the National Park Service will throw open the gates to five national parks, two national monuments and the Glen Canyon National Recreation area. This arrangement assumes that the federal government can get itself together soon, because the state has only ponied up $1.67 million, which will pay for just 10 days. Utah’s national parks typically bring in around $100 million during the tourist-heavy month of October, so you can kind of understand the state’s consternation.

The Obama administration announced yesterday that it would allow states to foot the bill on their national parks, as long as the states agreed to pay full operating costs, including the salaries of all the federal workers employed there. Arizona, Colorado and South Dakota had also requested the ability to pay out of pocket to open up their major tourist attractions.

“Utah’s national parks are the backbone of many rural economies and hard-working Utahns are paying a heavy price for this shutdown,” Utah governor Gary Herbert said in a statement about the deal.

If the shutdown ends before Utah’s 10-day period is up, the state will get a refund of the unused portion of its money. If the shutdown continues, the state says it’ll keep paying. But the governor says he’ll be asking for a refund after the shutdown circus comes to a close—which Congress is allowed but not obligated to approve. Yesterday, a spokesperson from the Department of the Interior indicated that there are no such plans to reimburse states.