The software lets investigators catch scientific fraud that would be otherwise difficult for journal editors to spot. 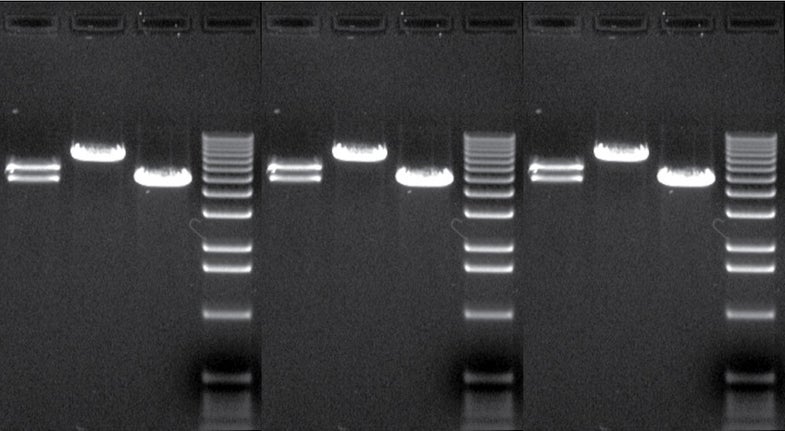 Italian biologist Enrico Bucci originally developed his startup’s software to make scientists’ lives easier. The software is a search engine that automatically pulls images from published scientific papers. Say you’re studying a certain cancer. Bucci’s software can collect for you a bunch of images of gel electrophoresis experiments—a common type of experiment in biochemistry—having to do with the cancer you’re studying. Handy, right?

But as he was developing his software, Bucci noticed several duplicated images of “gels,” as they’re called. That is, it seems that in their papers, many scientists were claiming they ran numerous gel experiments that gave them the same results. Instead, they published images of the exact same gel, or parts of the same gel, pretending they were different experiments. Bucci’s findings have already led to the investigation of one prominent cancer researcher in Italy, Afredo Fusco of the University of Naples, Nature News reports. Fusco likely won’t be the last. Bucci has found that one in four papers run through his software have “anomalies.”

Any editor reading a paper before deciding to publish it should be able to see if the paper has copied gels in it (Although this doesn’t always happen). What’s helpful about Bucci’s software is that it’s able to compare gels made by the same scientist over his or her entire career. If a cheating scientist copies gel images in several different papers, an editor would be hard-pressed to catch it, but Bucci’s company software will find the similarities.

Bucci and his company are now analyzing the papers of tens of Italian scientists their software has red-flagged, Nature News reports. They had originally used the software to compile a list of scientists whose names appear as authors on three or more retracted papers. There are a million names on the list, too many for them to investigate, so they decided to focus just on their own home country.