You can switch it on and off. And it works for up to 16 years. 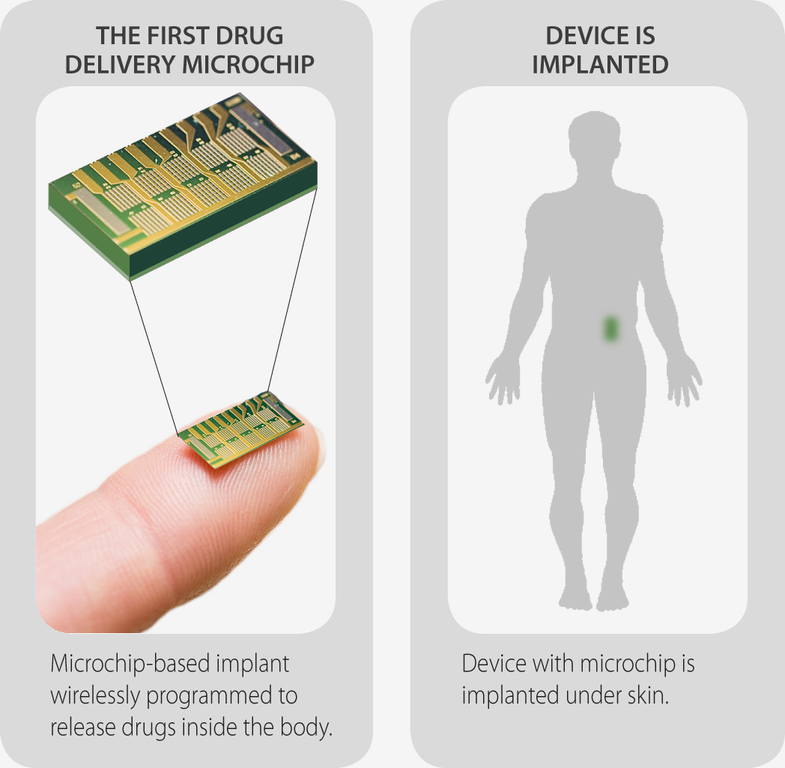 These images are from 2012, when MicroCHIPS published a paper on using an implanted device to deliver daily doses of an osteoporosis drug. Courtesy of MicroCHIPS, Inc., Massachusetts
SHARE

It’s a whole new level of set it and forget it. Researchers are testing a remote-controlled implant that releases daily doses of hormonal birth control into the body, MIT Technology Review reports. The implant is designed to last up to 16 years.

If and when the user wants to conceive, she simply clicks the implant’s remote control to turn it off. When she wants to prevent pregnancy again, she can click to restart the minute machine.

The implant’s developer, MicroCHIPS of Massachusetts, is now testing its little chip in animals. The implant has been previously tested in people for four months, for delivering daily osteoporosis medicine. If the new birth-control tests go well, MicroCHIPS will have to test the chip-and-hormone package in people. At that point, the company will have to verify things like the chip’s failure rates and how safe it is to keep in the body for an extended period of time. That means years of work. Ensuring that a product that worked in lab animals also works in people is a tough challenge for any medical device, but we’re rooting for this one.

The coolest thing about the chip is its release mechanism. MIT Technology Review reports:

There’s lots more to learn there. In addition, the BBC reports that MicroCHIPS hopes to make the implant available to women around the world who don’t have good access to birth control today.