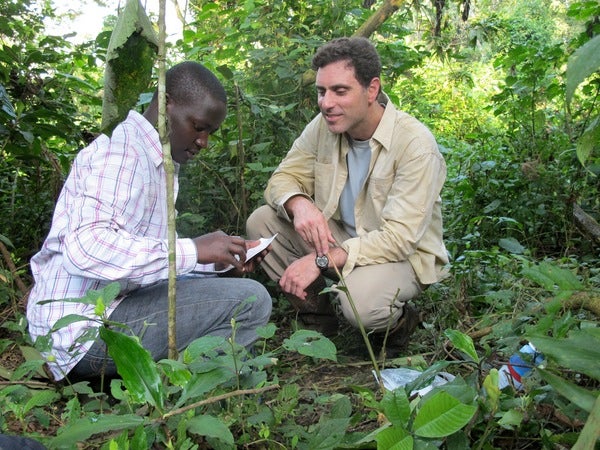 Tony Goldberg, of the University of Wisconsin at Madison, found that he had an unwelcome stowaway from his trip to a national park in Uganda: a tick up his nose. Being a professional, Goldberg extracted the tick, and found that it doesn’t match any other kind of tick on record. It looks as though he’s found an entirely new species, next to his boogers.

Goldberg was studying the spread of diseases in the jungles and highlands of Kibale National Park, in western Uganda. When he got back to the states, he realized that there was a tick attached to the inside of his nostril–alarming, even for a scientist who studies ticks, if not terribly surprising. There are a few kinds of ticks, localized to that part of Uganda, that are known as “nose-ticks.” Primarily of the genus Amblyomma, these ticks aim for the nose.

Goldberg extracted the tick and sent it in for DNA sequencing, which would tell him what sort of tick it was. And he found that it didn’t match any other tick in his database–meaning either this kind of tick hasn’t had its DNA sequenced, or it’s a completely new species.

The theory on these nose-ticks is that they’ve evolved to aim for the nose because their hosts are often chimpanzees, common in Kibale. Chimps are very fastidious about parasites; it’s difficult to have a very long life feeding on a chimp, because grooming is such an integral and dominant part of their social structure. One place where the chimps don’t groom, however, is the inside of the nose–so, we think, that’s why these ticks aim for the schnoz.

His discovery will appear in the current issue of the American Journal of Tropical Medicine and Hygiene.