One Farmer And His Engineered Non-Browning Apples

A profile in Seattle Weekly offers a rundown of what would be one of the first commercially sold GMO whole fruits… if it makes it to market. 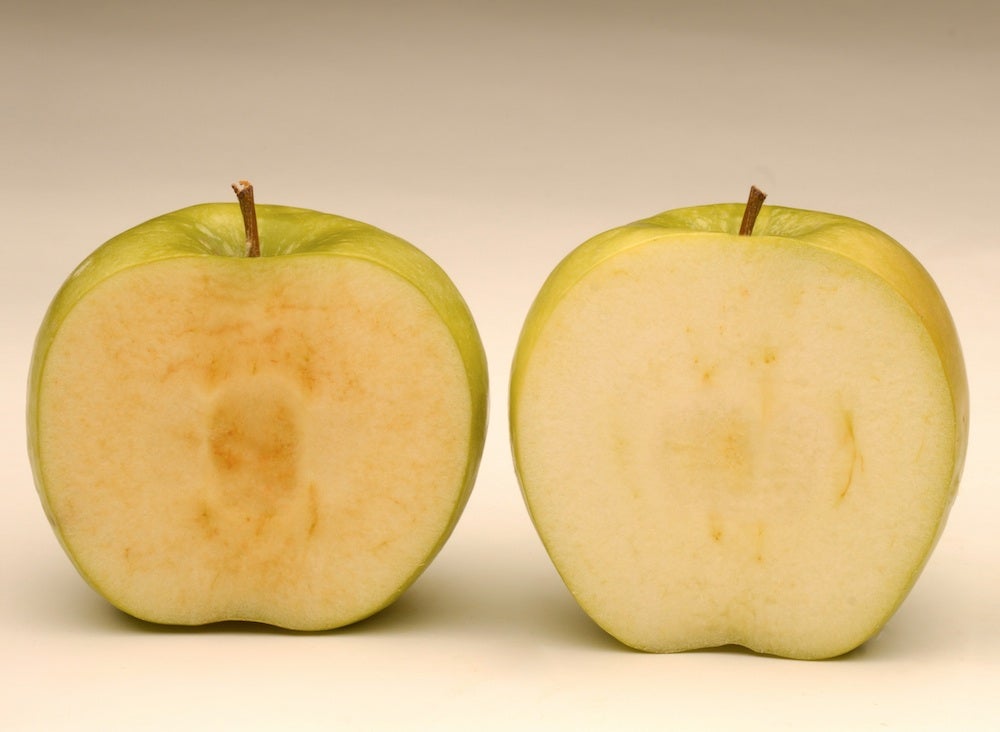 For a small-time farmer, Neal Carter has received a lot of big-time attention. Carter is the owner of a 21-acre farm in Canada’s Okanagan Valley and the developer of Arctic apples, which are genetically engineered so their interiors stay white for hours after being cut.

Carter thinks his invention could encourage people to eat more apples by making packaged, pre-sliced fruit more appealing. Anti-GMO activists, as well as the apple industry, oppose the introduction of Arctics, each for different reasons. Seattle Weekly has published a profile of Carter with detailed reporting on the technology’s contentious route to market. It’s a great read if you want to get caught up on the issue. Some highlights: