The microbes appear to live in the gut and prevent obesity for up to four weeks. 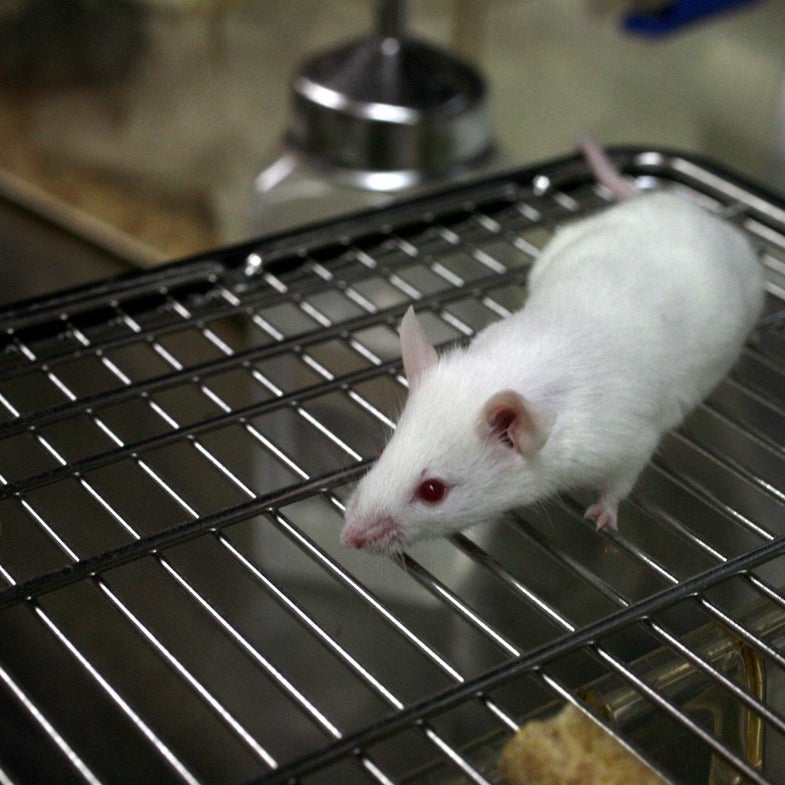 By feeding mice a genetically modified version of E. coli, a bacterium that naturally lives in human and mice guts, scientists were able to prevent the animals from gaining as much weight as mice not given the treatment. The microbes were designed to express a substance called NAPE (or N-acylphosphatidylethanolamine), which the bodies of mice and humans convert into a hormone produced when food is digested. This hormone then moves through the bloodstream to the brain, and reduces appetite. The idea is that mice with this new bug in their guts thought they were eating more than they were, without any apparent ill effects.

In the study, published in The Journal of Clinical Investigation, mice given the microbe and un-dosed animals were both put on a high-fat diet. The animals given the bacteria (in their drinking water) ate less and gained less weight, and also showed less insulin resistance, a marker for diabetes.

The finding raises the possibility that these bacteria, which basically amount to an engineered probiotic, could be imported into humans to do the same thing. That’s obviously a ways off and hypothetical at this point, since mice are not humans.

However, if the microbe could be safely used in humans, it would have several advantages of current treatments for obesity–which isn’t a very high bar, to be fair, given the failure of many recent anti-obesity drugs. The bacteria appear to last in the gut for about four weeks, a long period of time between interventions that would trump taking a pill everyday, for example. The fact that E. coli naturally live in the gut is also an advantage over other probiotics, which often do not colonize the human intestines well.