It's a real head-scratcher. 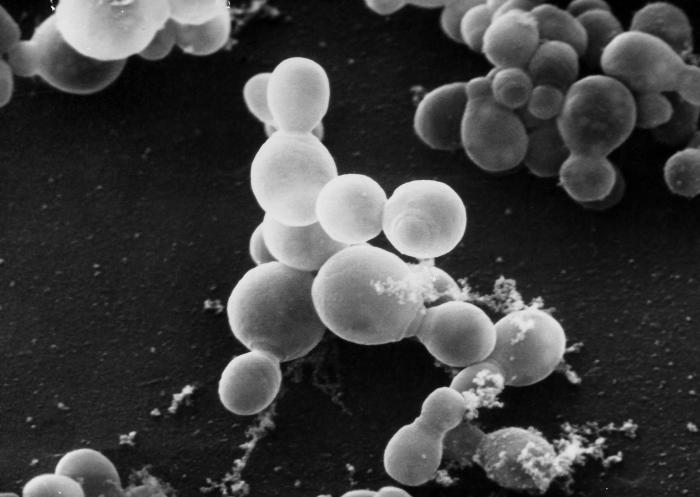 What do human scalps, deep sea vents, and Antarctic soil have in common? As it turns out, all of these places are home to one weird group of fungi. A study published today in the journal PLOS Pathogens found that fungi of the genus Malassezia are just about everywhere. And we do mean everywhere.

Scientists have known for quite a while that some species of Malassezia were associated with dandruff and other skin conditions like eczema, and they had long assumed that these fungi were specialized to live on skin. The fungus, which relies on a host to provide fatty acids, is incredibly difficult for scientists to cultivate, or grow in a lab, and it flew under the radar for years. Now the fungus has turned up in the guts of lobster larvae, hydrothermal vents, the roots of orchids and many other incredibly different places.

Says study author Anthony Amend: “What I think is so exiting is that there’s this exceptional diversity that’s been under our noses.” (…And, literally, inside them.)

While studying reef-building corals, Amend found evidence that this fungus was present in the marine environments he was focused on. He soon started searching through scientific papers and genetic sequencing datasets and found that the fungi kept turning up in results on numerous projects, including many marine environments. He speculates that one reason that the fungus was overlooked in these cases is that, because of its close association with skin diseases, it was easy to dismiss the presence of _Malassezia _as contamination during the research process, a bit of skin or dandruff that somehow got into the sample.

But he concluded that contamination in a lot of these cases was very unlikely. For the most common strain_, M. restricta, _Amend says, “That single strain is found in staggering diversity of habitats where there clearly is no mammal skin.”

In addition to restricta being incredibly widespread, Amend found that there was substantial genetic diversity within the Malassezia he looked at, indicating a broad evolutionary history, not one confined to mammal skin. In fact, some members of the genus appear to have transitioned back and forth between marine and terrestrial environments during their evolutionary histories.

There are plenty of mysteries still to be uncovered about the genus, including one very large one: how it manages to show up in such a wide variety of environments, but is so difficult to cultivate in a lab. Amend plans to continue to study the fungi in the future.

As the paper concludes: “Clearly, considering Malassezia a mere epidermis-commensal is a definition that is only skin deep.”