U.S. and Mexican officials have agreed to release a little bit of water to restore some of the delta habitat. 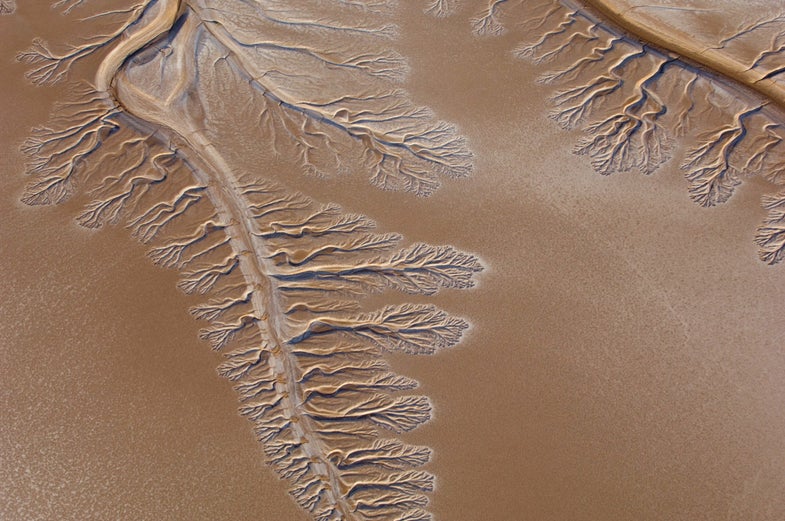 “Dampen” is the right word for it. Later this month, officials plan to release water from the Colorado River into the river’s delta. It will be the first time in decades that people have released water into the delta for environmental reasons instead of, say, because a reservoir was too full, Nature News reports. Normally, the delta is mostly dry. Since the 1930s, successive dam projects have held back the river, so that folks in the U.S. and Mexico can use Colorado water for drinking, farming, and everything else.

This release certainly won’t restore the delta to its former wetness. It represents less than 1 percent of the river’s annual flow. Nevertheless, scientists think that even this amount of water—calculated to mimic days of light spring flooding, from the time before dams—will help. “The goal is to dampen broad swathes of the arid Colorado River delta,” Nature News’ Alexandra Witze writes, “allowing new cottonwood and willow trees to germinate and restore small patches of riparian habitat.”

The release is timed to when native cottonwoods and willows drop their seeds, ScienceInsider reports. Ecologists hope those seeds will take root in the newly-wetted sand and drive out invasive salt cedars that have taken over.

Scientists themselves will proliferate in the area after the planned mini-flood. Hydrologists and ecologists will monitor where the water goes and how trees and birds react.