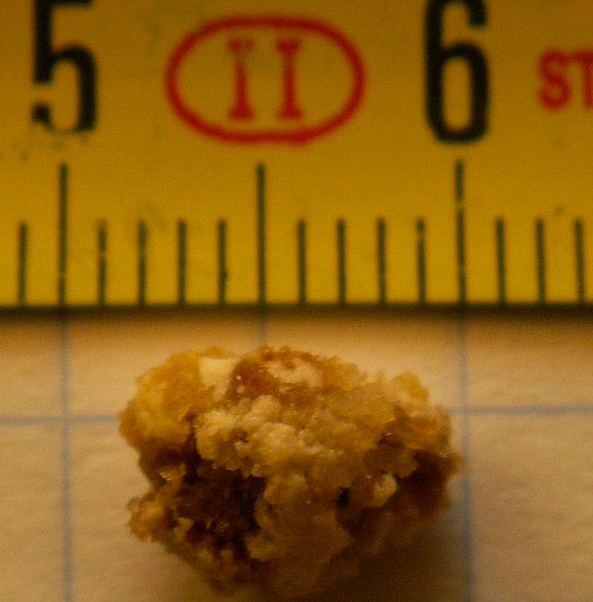 The hotter weather expected with climate change is likely to cause a litany of figurative aches for humanity (and already is), but some of those pains may be quite literal. A new study found that higher temperatures significantly increase the risk of developing kidney stones, hard crystals that are painful to pass and which can cause damage to the organs. The idea is that hotter weather leads people to become more dehydrated, which allows minerals to concentrate and crystalize within the body.

“We found that as daily temperatures rise, there is a rapid increase in the probability of patients presenting over the next 20 days with kidney stones,” said study lead author Dr. Gregory Tasian, a pediatric urologist and epidemiologist at The Children’s Hospital of Philadelphia, in a statement.

The study, published in the journal Environmental Health Perspectives, examined the health records of more than 60,000 people in several American cities, along with weather records. People were most likely to show up at the hospital with kidney stones three days after high temperatures. In Chicago, Atlanta, and Dallas (the winner of the dubious prize for most stones), people were nearly 40 percent more likely to seek medical help for the condition at temperatures of 86 degrees Fahrenheit compared to when it was only 50°F outside.

Kidney stones have become more common in the recent past, as temperatures have risen, a trend that is likely to continue, the scientists wrote. About one in 11 people have had kidney stones, whereas they were only found in about one in 20 people in 1994. Interestingly, the really hot days seem to make a difference, as opposed to the average conditions, as CBS News noted:

Kidney stones usually do not cause permanent damage, and can be dealt with by drinking a lot of water and taking pain medication. But they sometimes do require surgery to treat, and tend to recur in a significant percentage of people who get them.