The material was inspired by bombardier beetles. 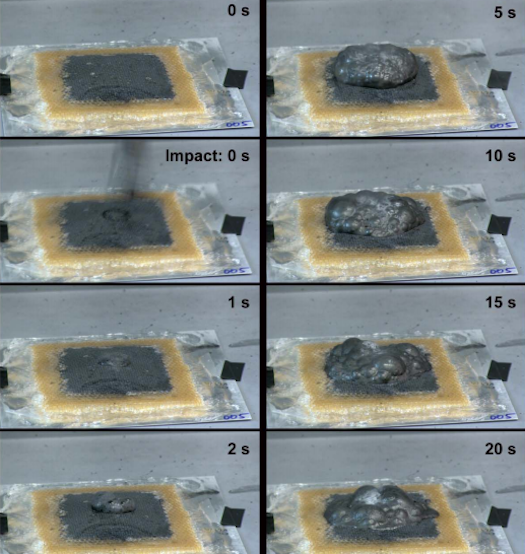 The material steaming and foaming after being broken into. Jonas G. Halter et al / Journal of Materials Chemistry A
SHARE

Imagine if ATMs were made of this stuff–thieves could unwittingly destroy their loot before even removing it, as Chemistry World reported. The system could also be tweaked to include dye or a “DNA-based marker” so that thieves could be easily identified and caught, as they say, red-handed. Since the system requires no electricity, it could be cheaper way of defending ATMs, as the researchers wrote in the Journal of Materials Chemistry A. It could also be used to prevent animals from eating certain crops or trees, they added.

Bio-inspired design is nothing new for one of the researchers, Wendelin Stark from the Swiss Federal Institutes of Technology in Zurich. He and his colleagues have previously proposed making self-cooling sweaty buildings and self-defending seeds that can poison pests when bitten into.