It takes 1,000 years for a typical silicon wafer to dissolve in a bucket of water. 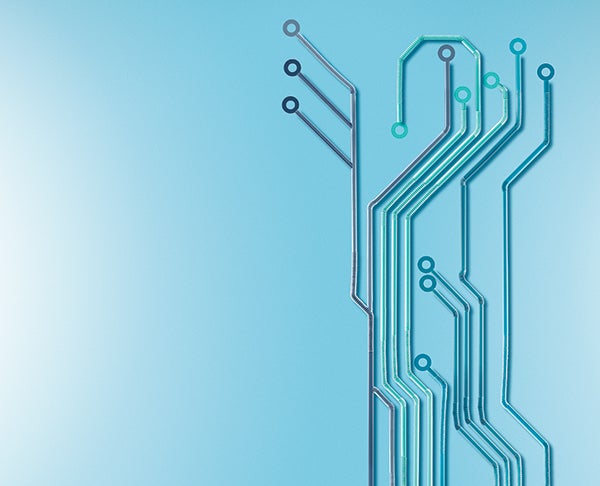 For every human on the planet—and there’s more than seven billion of us—43 pounds of electronic waste is generated each year. The United Nations predicts that by 2017, the figure will climb by as much as 30 percent. A lot of the refuse ends up in China, where locals burn it to extract precious metals. In the process, they inhale some of the most toxic chemicals in existence. According to researchers at Oregon State University, villagers living close to these e-waste dumps are 1.6 times more likely to develop cancer than urban dwellers who live in cities so polluted that particulates routinely block out the sun.

John Rogers, a materials scientist at the University of Illinois at Urbana-Champaign, has created ribbons of silicon so thin—just 35 nanometers thick—that they can dissolve in 10 days in less than a millimeter of water. By combining these strips with magnesium and silk, he’s created circuits that safely degrade inside the human body. Such circuits could lead to a new era of smart biomedical devices, but, Rogers says, they’re also a first step in reducing e-waste. He’s now engineering dissolvable integrated circuits and antennas. By next year he aims to create soluble radio-frequency identification tags. Mark Allen, a micro-electromechanical engineer at the University of Pennsylvania, says, “Imagine a world of biodegradable devices that will allow people to throw away flexible tablets like newspapers.”