This is why you don't put radioactive dumps next to the ocean. 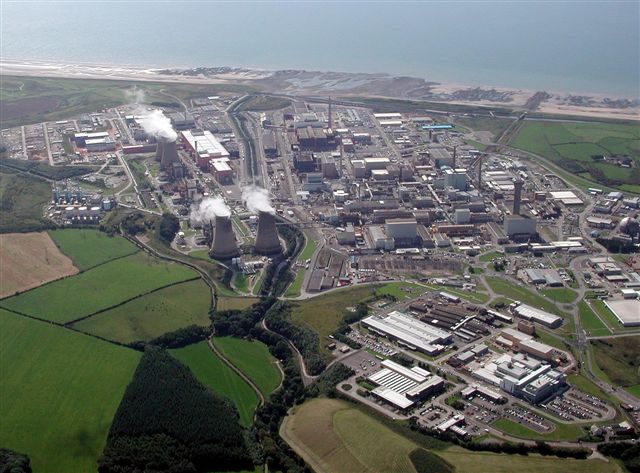 The Sellafield nuclear site in northwest England. About six kilometers (4 miles) to the south is the nuclear waste site, the Low Level Waste Repository, where material from Sellafield and elsewhere is stored.
SHARE

For the last 55 years, most of Britain’s low-level nuclear waste–the kind of material used in nuclear power stations and the like–has ended up at a repository in northwest England, on the coast near the Irish Sea. Some areas of the site are only 16 feet above sea level. Not the best place to store radioactive waste, especially with rising sea levels, right?

Right. The United Kingdom’s Environment Agency has determined in a reported released to The Guardian that the “dump is virtually certain to be eroded by rising sea levels and to contaminate the Cumbrian coast with large amounts of radioactive waste.” The report also noted, in a somewhat underwhelming fashion, that “it is doubtful whether the location of the [dump] site would be chosen for a new facility for near-surface radioactive waste disposal if the choice were being made now.” Tanks for nuttin’, EA! JK.

It concluded that the 35 million cubic feet (1 million cubic liters) of waste will start leaking on to the shoreline and the coast in “a few hundred to a few thousand years from now.” Environmentalists and some citizens aren’t happy about it, arguing that use of the site is “unethical, unsustainable and highly dangerous.” But the site’s operator says the risks are insignificant. As The Guardian noted:

There is, however, some concern that not all of the waste deposited in the past was “low-level”–meaning it could have come from nuclear submarines and weapons, and thus present a greater hazard. The Environment Agency has already asked the consortium of companies that manage the site to “start preparations to defend the site against floods and erosion,” The Independent reported.