In Russia's Far East, one of the world's most active volcanoes creates a striking scene. Russia’s Klyuchevskaya volcano, one of the most active in the world, has been erupting since mid-August. Last month, it became even more intense, spewing ash from its summit (16,000 feet above sea level) in a plume that reached 32,000 feet above the Earth, along with fountains of lava. NASA’s Landsat 8 satellite grabbed a shot of Klyuchevskaya, located on Russia’s volcano-dense Kamchatka peninsula, in late October after its most explosive activity had calmed down.

This false-color image shows snow and ice as blue-green, ash, clouds and steam as gray, and lava as red. 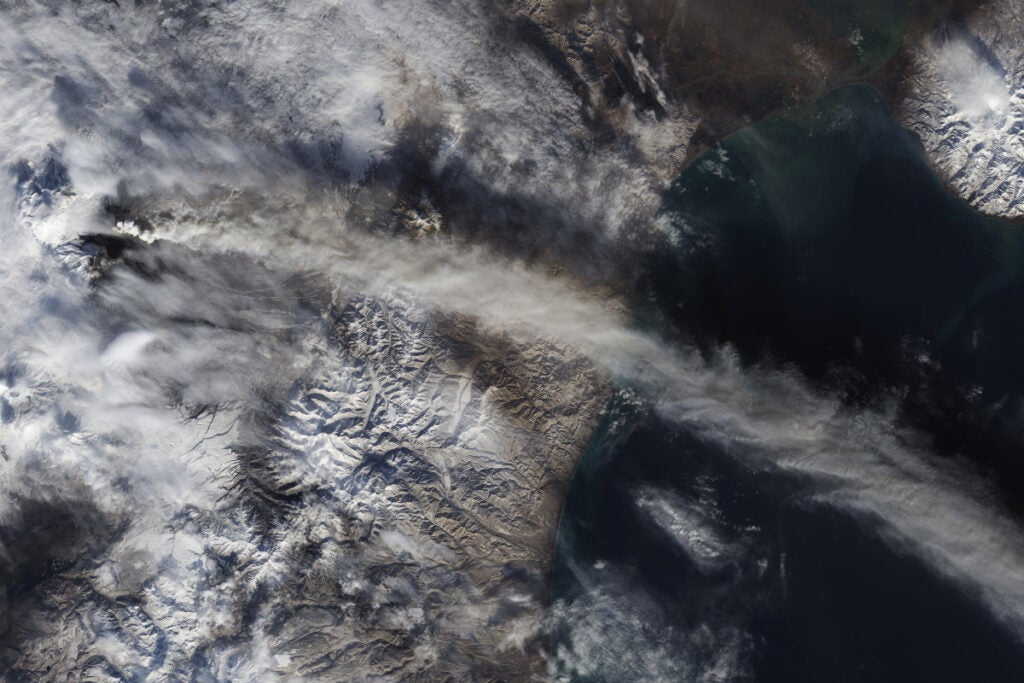