23andMe Is Still Under FDA Review, But Here’s Their Next Move

The FDA shut down the company's medical devices last year. At SXSW, CEO Anne Wojcicki laid out a path forward for the business. 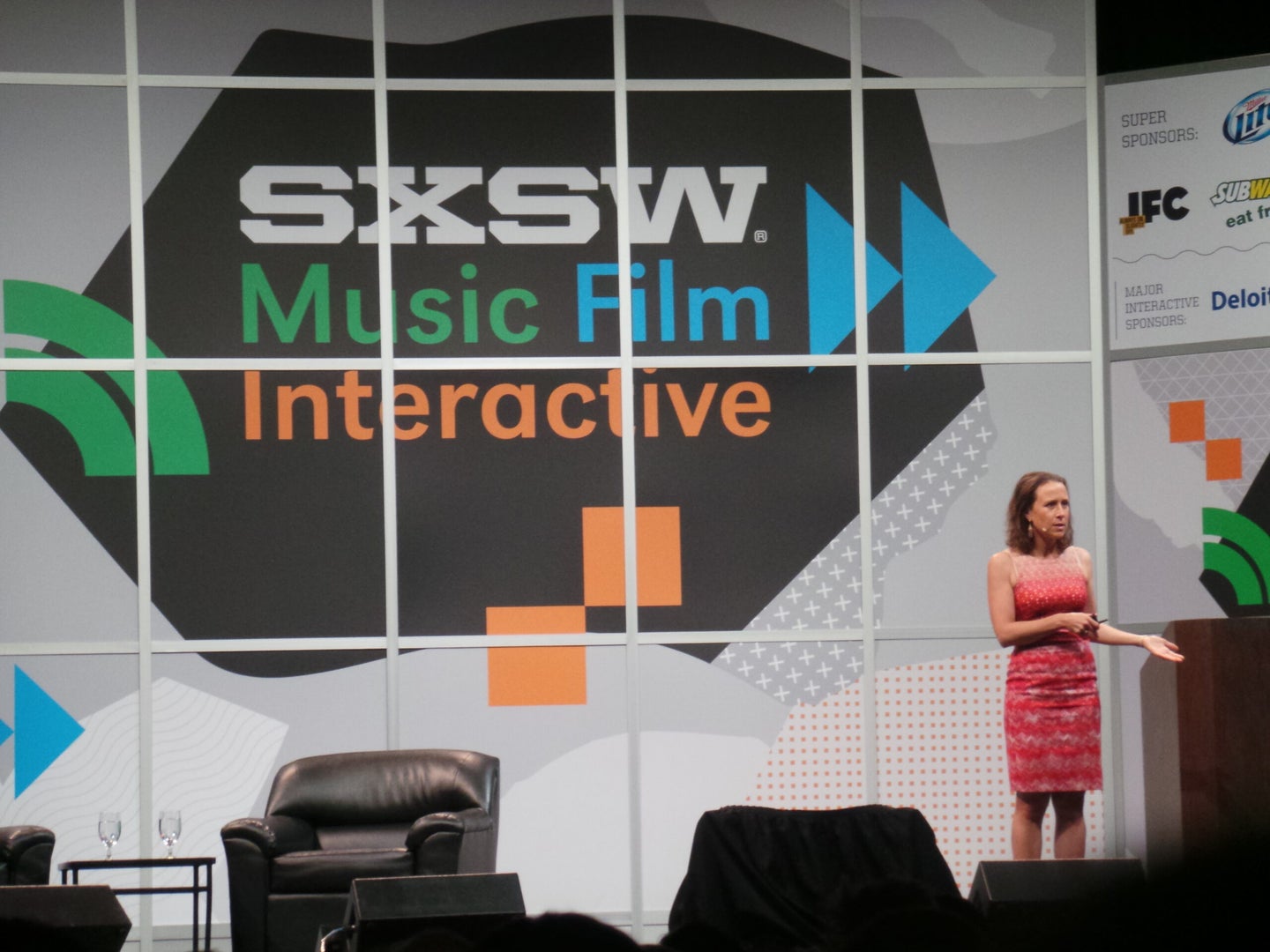 Following a suspension by the FDA, personal genomics company 23andMe put their CEO on stage during a popular annual conference in Austin, Texas, to address brewing controversy.

23andMe used to offer a genetic “spit test” for $99. You’d spit into a tube, mail it in, and the company would screen part of your DNA for traits tied to ancestry, inheritable diseases, and more. The company let users privately access their results online–including disease risk information–yet 23andMe never billed itself as a medical product or service. The FDA didn’t like this and, late last year, told the company to cease processing the tests, pending a formal review.

“I want to offer you a disclaimer: We are no longer providing you with your health information,” 23andMe CEO and co-founder Anne Wojcicki told a crowd Sunday during a featured talk at South By Southwest. She didn’t offer much on where the company is in its discussions with the FDA, or if and when its health testing might resume. Wojcicki did, however, acknowledge that federal intervention has made “a significant impact” on the business. The company is still in the process of submitting medical applications through the agency and is only offering ancestry details in the meantime.

Nonetheless, like a defense attorney, Wojcicki laid out the case for once again providing health results that they are currently barred from offering: “The rest of the world is moving forward,” she said. Wojcicki also hinted at what’s long been speculated is the real thrust of 23andMe: “We can all be useful to [the] drug discovery process,” she said.

Already, in the years before it was shut down, 23andMe has amassed an enormous stash of people’s genetic data. The end-game was never just $99 genetic tests; once anonymized, genomic data might be sold to drug companies, who can then mine it for correlations with diseases and develop drugs based on the results. (A question asked of Wojcicki through Twitter during her talk: “Shouldn’t you be paying me for my genetic data, instead of me paying you?”)

When the FDA shut down 23andMe’s personal genomic testing service, they stunted the growth of this drug database business, too–which, in the long run, might have been the most important reason for the intervention all along.