A Robotic Suit Good Enough To Deceive A Decepticon

Gear up with this big boy for the upcoming _Transformers _movie 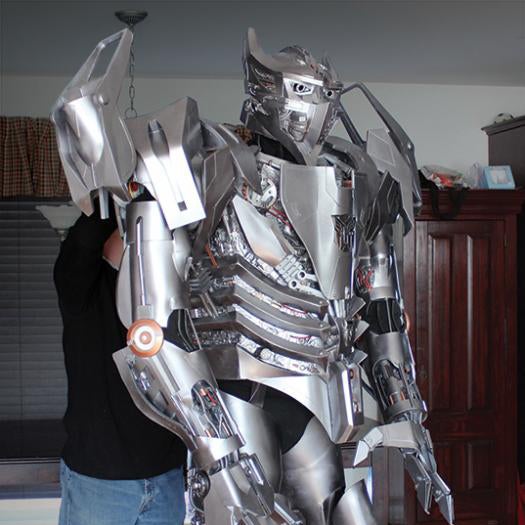 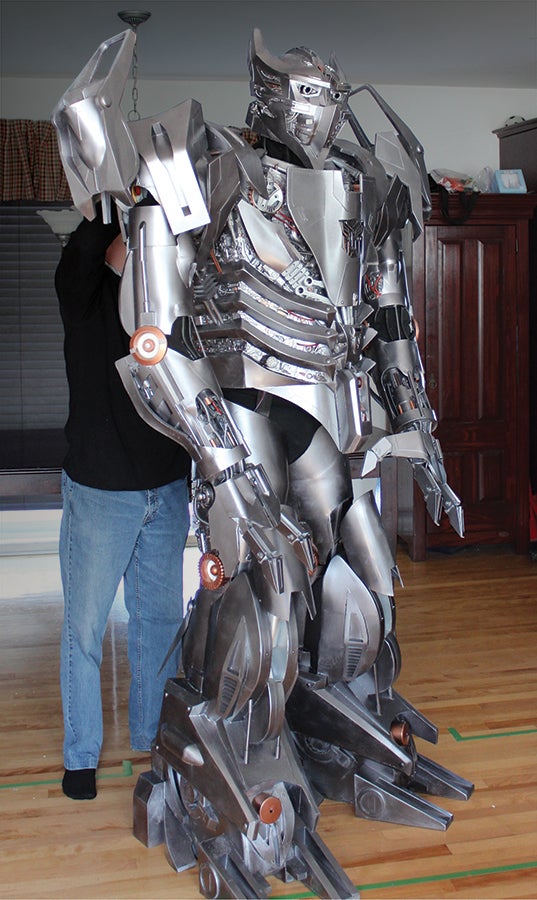 More than meets the eye.

When De Repentigny speaks, his voice is modulated and amplified. The sound also causes the suit’s mouth to move, so it appears as though his robo-double is doing the talking.

Marc De Repentigny was only trying to be responsible when he built an 80-pound, seven-foot-tall motorized Transformers suit. Married with kids, he decided to audition for a French-Canadian game show that offered a chance at prize money to the most unusual contestants. De Repentigny molded styrene plastic into armored paneling, made motorized LED eyes, and spent months perfecting realistic-looking thrusters. A servomotor in the thrusters triggers a puff of compressed air and a flashing LED light, making the robot appear ready to blast off. His arms slip into the robot’s wide shoulders, and his hands reach into the bot’s elbows, where buttons let him activate the motorized fingers and faceplate. The suit doesn’t transform into a jet, but it did get De Repentigny on the game show—where he won $128,500. Next he plans to be first in line for Transformers: Age of Extinction, just not while wearing the suit. “I couldn’t sit down!” he says. “I’d have to watch the movie standing up.”