The Pocket Printer drives across a sheet of paper, leaving words behind, and its Kickstarter campaign just got $400,000 in crowdfunding. 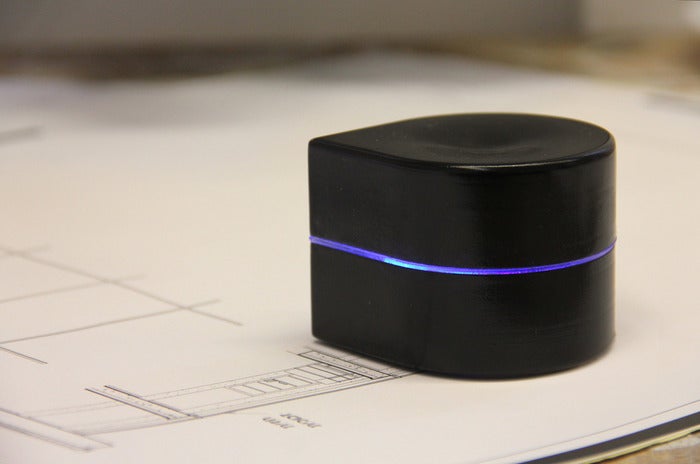 The printer, if you even own one, is likely your most despised device. It’s loud; it jams; it requires a fountain of ink that is literally more expensive than imported Russian caviar. Any forward progress on that front is appreciated.

The latest is a tiny robot from a startup called ZUtA Labs, called the Pocket Printer: a fist-sized, Roomba-like robot that rolls across paper, trailing letters behind it like Hansel and Gretel dropping breadcrumbs. With 17 days to go, the project has reached its $400,000 funding goal, with pre-orders of the devices going for about $200 a pop.

The printer’s still in the prototype phase; you can see it eke out a little printed Hello in the campaign video above. So, we have a while before we can see what it can really do. That said, the about section lists a 40-second print time for an “average” page, which doesn’t seem especially efficient. Maybe we’ll recoup that time from all the jams we won’t have to deal with?