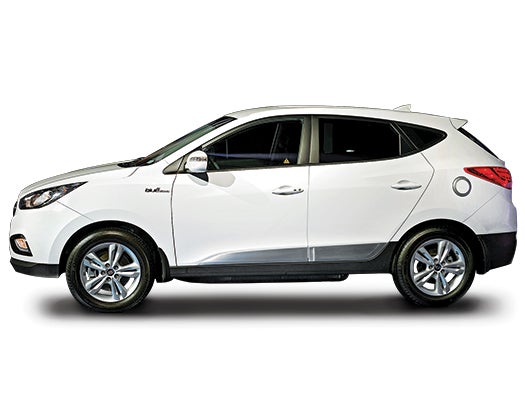 When it comes to alternate energy sources, most automakers think simply—battery power or bust. That’s what makes the Hyundai Tucson Fuel Cell an outlier. The SUV will be the first mass-produced hydrogen car in the U.S. when it debuts this spring.

Because hydrogen fuel infrastructure is more or less non-existent, Hyundai’s rollout will be small. The car will be available at select dealers in Southern California, all within range of the company’s sources of hydrogen, which include a nearby waste water treatment plant. Local drivers will be able to “gas” up for free at any of seven distribution stations. A fill-up takes less than 10 minutes and lasts for up to 300 miles. The company claims that the Tucson charges more quickly and has a longer range than traditional EVs. It’s also clean: The only exhaust is water vapor.