Apple Music App For Android Has Been Released 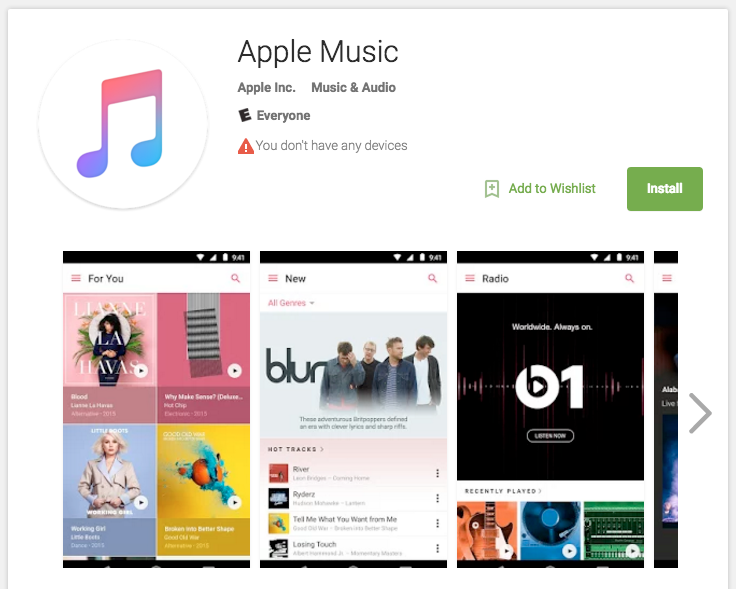 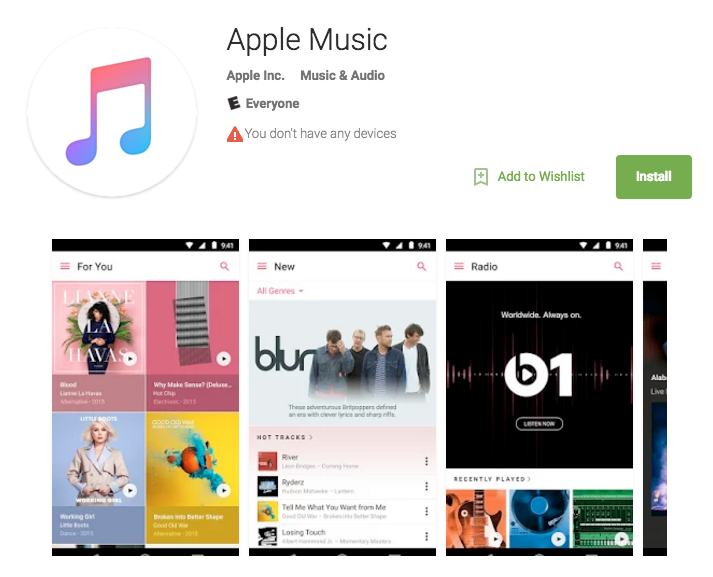 The Apple Music Android app release date has finally arrived. The music service meant to compete with Spotify, Tidal, and the growing number of streaming options can finally be had by Android users. Apple rarely brings apps to Google’s rival smartphone OS but, like iTunes’ release on Windows back in 2003, Cupertino has ceded in the name of bringing music to all. Android transfer apps aside, this is Apple’s first real application on Android.

Users of Apple Music on iOS will see many similarities between their version of the company’s streaming service and this new one. The interface of the 29MB app is largely the same, save for the hamburger menu button in the top left and the Android navigation menu buttons on the bottom. With many of Google’s iOS apps not supporting universal iPhone-like gestures such as swipe from the left edge to go back, it will be interesting to see if Cupertino will adopt general Android UX language in their app or force Google users to do things their way. Judging by the small differences in user interface from the Apple Music Android app screenshots, it seems Tim Cook and co. are willing to play by Android’s rules on this one.

Like most music streaming services, Apple’s offering will cost you. Unlike Spotify, Apple Music has no free tier. But users on iOS and now Android can access a three-month free trial to try before they buy. Following the three-month demo period, users are asked to pay $9.99 per month or $14.99 a month for the family plan (for up to six users).

Apple’s app-specific radio station, Beats 1, can be accessed even without paying for the service, though Apple requires users to log in with their Apple ID (which, even without purchasing anything, generally requires you to attach a credit or debit card).

The launch of Apple Music has been eventful. Not only has the service smoothed things over with Taylor Swift, but the Beats 1 station has seen some interesting exclusive premieres—ranging from Drake and Future’s collaborative tape, to Mary J. Blige’s new radio show and even Justin Bieber leaving Zane Lowe with unreleased tracks off his upcoming album. Apple’s embrace of popular artists may translate to a more popular app. And with Cupertino calling a truce with Google to better take on Spotify and Tidal, more users might just be music to their ears.