We finally know what turns cats into tabbies

The gene had eluded researchers for years. 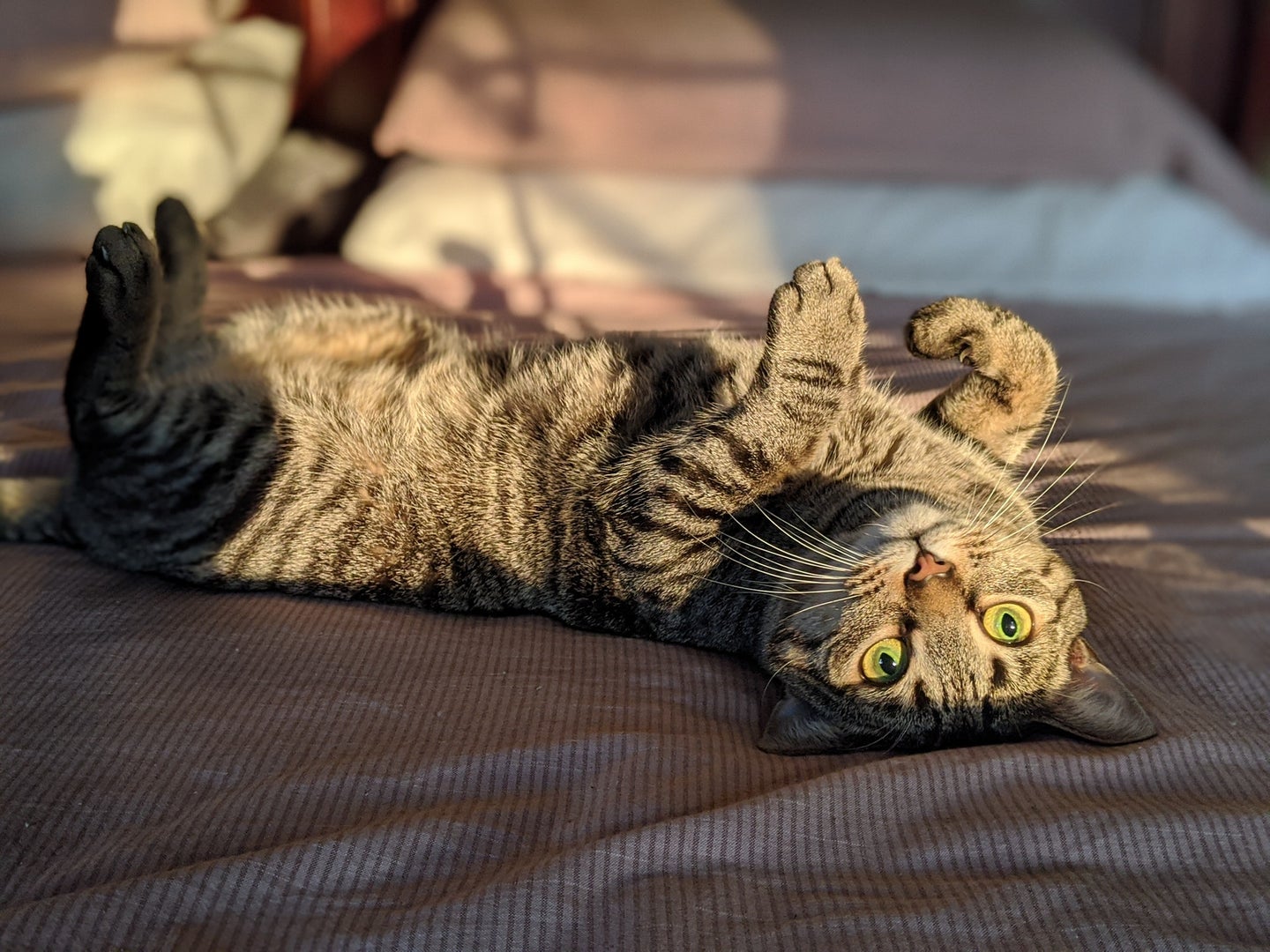 Humans have brought cats into their homes for more than 9,000 years, and we’ve likely bred our feline companions for just as long. But while breeders have long known how to pair animals for a desired fur coat pattern, like tabby stripes, the answer to how those patterns emerge from a biological standpoint has long evaded scientists.

Geneticists recently discovered a gene in domesticated cats that triggers changes in fetal cat development, resulting in those trademark feline tabby stripes. The gene, Dkk4, produces a “pre-pattern” of thick and thin skin on the developing cat embryo that ends up mapping the pattern of stripes on the cat’s fur later. Thick patches had more Dkk4 expression and would later be covered with darker fur, while thin patches had less Dkk4 expression and would later be covered by lighter fur. The research team also detected the thick-thin skin variation before the embryos even developed hair follicles. Their findings were published in Nature Communications.

Cat fur development “really has been an unsolved mystery,” geneticist Gregory S. Barsh, the senior author of the new study, told The New York Times. “We think this is really the first glimpse into what the molecules might be” that steer the patterning process.

[Related: Cats love sitting in boxes so much they’ll even sit in fake ones]

Dkk4 variation, the team found, leads to different fur patterns. Mutations in the gene occur in Abyssinian cats, yielding their characteristic shorter, thinner strokes of color in a fur pattern known as “ticked.”

“It’s a very beautiful study,” Harvard evolutionary biologist Hopi E. Hoekstra told The New York Times. Hoekstra has collaborated with Barsh in the past but was not part of this research. “It advances our understanding of one of the most fundamental questions in developmental biology: How do patterns form?”

Domestic cats are a useful model to study and investigate color patterns since they’re widely accessible, and there is a plethora of genomic information about them, the study authors write. They also mention that the kinds of coats they looked at represented just a “fraction of the pattern diversity that exists among domestic cat breeds.”

But these tabby findings might explain fur patterning beyond just domesticated cats, too. Scientists believe that this genetic mechanism could help explain the beautiful patterns found on other large felines like tigers, leopards, and cheetahs.

“For several years now, we’ve been saying that domestic cats could be a good model,” geneticist and cat specialist Eduardo Eizirik at the Pontifical Catholic University of Rio Grande do Sul in Brazil told New Scientist. “Just finding the gene by itself is a major contribution because we can now look at the gene in other species.”

How developing cats translate skin thickness to fur pigment is still “one of the big unanswered questions in our work—how to connect the process of pre-pattern formation to the process that implements the pattern later in development,” Barsh said in a statement. “That’s something that we’re actively trying to figure out.”