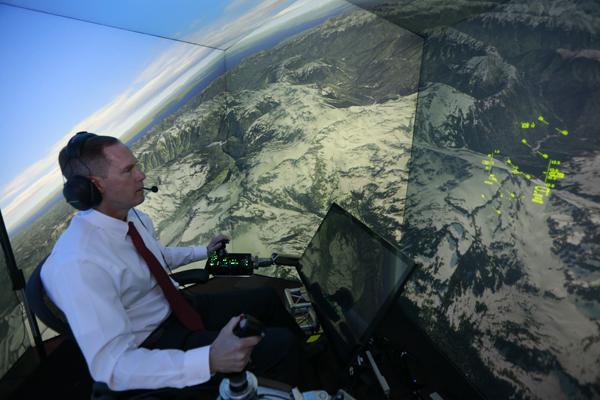 In the military world, fighter pilots have long been described as the best of the best. As Tom Wolfe famously wrote, only those with the “right stuff” can handle the job. Now, it seems, the right stuff may no longer be the sole purview of human pilots.

A pilot A.I. developed by a doctoral graduate from the University of Cincinnati has shown that it can not only beat other A.I.s, but also a professional fighter pilot with decades of experience. In a series of flight combat simulations, the A.I. successfully evaded retired U.S. Air Force Colonel Gene “Geno” Lee, and shot him down every time. In a statement, Lee called it “the most aggressive, responsive, dynamic and credible A.I. I’ve seen to date.”

And “Geno” is no slouch. He’s a former Air Force Battle Manager and adversary tactics instructor. He’s controlled or flown in thousands of air-to-air intercepts as mission commander or pilot. In short, the guy knows what he’s doing. Plus he’s been fighting A.I. opponents in flight simulators for decades.

But he says this one is different. “I was surprised at how aware and reactive it was. It seemed to be aware of my intentions and reacting instantly to my changes in flight and my missile deployment. It knew how to defeat the shot I was taking. It moved instantly between defensive and offensive actions as needed.”

The A.I., dubbed ALPHA, was developed by Psibernetix, a company founded by University of Cincinnati doctoral graduate Nick Ernest, in collaboration with the Air Force Research Laboratory. According to the developers, ALPHA was specifically designed for research purposes in simulated air-combat missions.

The secret to ALPHA’s superhuman flying skills is a decision-making system called a genetic fuzzy tree, a subtype of fuzzy logic algorithms. The system approaches complex problems much like a human would, says Ernest, breaking the larger task into smaller subtasks, which include high-level tactics, firing, evasion, and defensiveness. By considering only the most relevant variables, it can make complex decisions with extreme speed. As a result, the A.I. can calculate the best maneuvers in a complex, dynamic environment, over 250 times faster than its human opponent can blink.

After hour-long combat missions against ALPHA, Lee says,”I go home feeling washed out. I’m tired, drained and mentally exhausted. This may be artificial intelligence, but it represents a real challenge.”

The results of the dogfight simulations are published in the Journal of Defense Management.