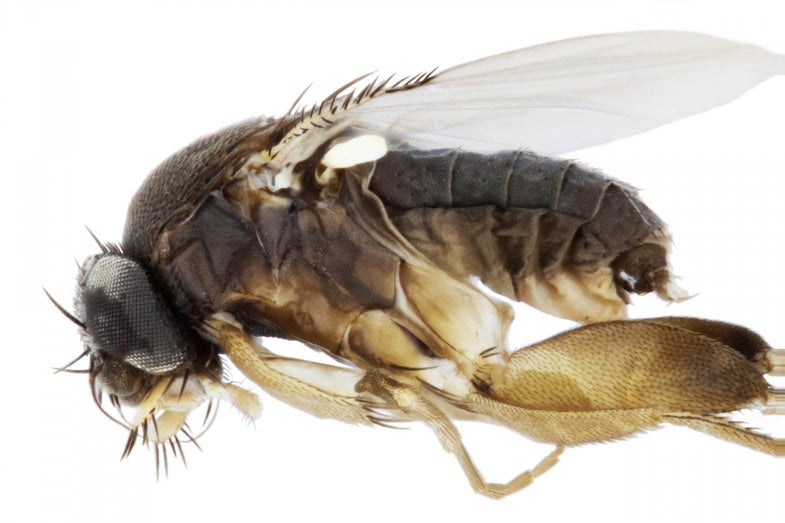 A group of entomologists in Los Angeles have found 12 newly-described fly species hidden in the urban wild. It’s part of a multi-year project called BioSCAN, which the Natural History Museum of Los Angeles County launched in 2013.

The first round of analyzing more than 43,000 specimens collected from backyards and gardens yielded 30 new species of the scuttle fly (so called because of its strange jerky movements).

And now, in a paper published in Biodiversity Data Journal, the team of three entomologists describe an additional 12 species that are so rare that some only appeared once out of the pool of more than 43,000 specimens, and none of them showed up more than 10 times. Because of the rarity, the scientists had to really dig into their specimen collections, some of which were poorly preserved. “[A] persistent thorn in the side of the Megaselia taxonomist. Sorting out all of the errors and misidentifications is a slow, frustrating process,” the authors write.

Once they determined that they had indeed identified a new species, the flies were then named after people involved in the project, including the students (M. studentorum) and the volunteers (M. voluntariorum).

While finding a few new flies may seem like a small discovery, it’s indicative of a large problem. We know so little about the taxonomies and biodiversity of our urban environments. “We need people, funding, and institutions to get behind identifying, describing, and monitoring new species now. Baseline collections of urban fauna must be established in the present if there is hope for understanding the introductions and extinctions that will occur in the future,” the authors write.

The museum has set up an Urban Nature Research Center, where local citizen scientists can join in on the important work of exploring the biodiversity of the city.